Punch Through distance only counts the total depth of solid material, ignoring any empty space it passes through. For example, for a listed Punch Through distance of 1.8 meters, a weapon's projectile would be able to pass through two 0.9 meter-thick barriers or three 0.6 meter-thick barriers in its path to the target, all while ignoring any open air it travels through.

Once the maximum Punch Through distance has been traveled, or the projectile encounters a surface too thick to penetrate, the projectile stops normally. It is important to note that there are some objects that cannot be Punched Through by any means; most terrain is too thick to penetrate and Snow Globes (be it from Frost or Arctic Eximi) block any gunfire regardless if Punch Through is present or not. This restriction also applies to Nullifier Crewman fields.

Beginning in Update 9.7, Punch Through would now function somewhat properly with non-hitscan weapons. However, projectiles that manage to penetrate a surface will veer off to the right once they exit, and with significantly reduced velocity. Although Thrown Melee weapons can equip the Power Throw mod to get Punch Through, it will only apply to enemies; the melee weapon will still bounce off any obstacles it encounters while in flight.

Some weapons come with an innate amount of Punch Through without any installed mods, though this statistic is not viewable in the Arsenal. Most weapons with a charged shot mechanic will add Punch Through upon full charge, while their uncharged shots may not penetrate anything. In both cases, their innate Punch Through values will stack with any mods that grant Punch Through. 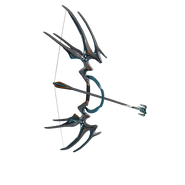 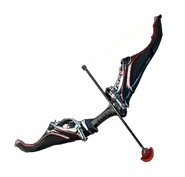 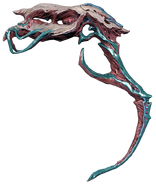 Average data, result will differ due to width variances.