“It's taking longer than I calculated.”
This page is actively being worked on and may not be completely correct. Please assist in making this page accurate.
Include blocking angle and follow through stats

You have dreamed of your perfect blade! Well, dream no longer! It resides in this place between yourself and Hok, master craftsman, waiting to be born! 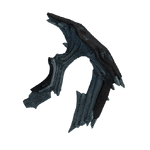 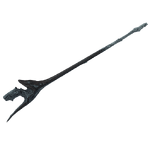 Once the component parts have been crafted, players must return to Hok's Anvil and select the Forge a Zaw option. Here, players must choose the crafted components they have available to form the weapon. Once a Strike, Grip and Link are selected, the player will be shown a preview of the weapon's appearance, along with the weapon's stats. If the weapon is satisfactory, players can then proceed with the Build Weapon action, which will instantly craft the weapon for 4,000 Credits

4,000. Players can also use the Forge screen to preview builds of Zaw components they do not yet own.

A newly built Zaw cannot be renamed, customized, Polarized, equipped with a Focus Lens, have Exodia Arcanes installed, or earn Mastery Rank experience. However, they can be equipped with an Orokin Catalyst.

In order to fully unlock all of a Zaw's features, players must gild their weapon. To gild a weapon, players must have a reputation rank of at least Trusted with the Ostrons, and the desired Zaw must first be leveled up to Rank 30. Afterwards, players must return to Hok's Anvil and select the Gild option under Other services, which will cost 2 Cetus Wisps and 5,000 Standing

5,000. Upon gilding the weapon, players will be asked to first add a Polarity to the weapon, and then finally give it a custom name. This process will reset the weapon's level back to Rank 0.

A Gilded Zaw will have all of the functionality available to other weapons, and it will have enhanced stats over the newly-built version of the Zaw - It gains +10% critical chance, +0.6x Critical Multiplier, +10% Status Chance, and +12 base damage, which is spread proportionally between the weapons base damage types. You will only be able to earn Mastery Rank points once you Gild your Zaw.

Final stat values are calculated by adding values of the Strike, Grip, Link and the Gilding bonus if applicable.
For Two-Handed Zaws, the Damage value is further multiplied by a factor, listed in the table below, depending on the Strike.

The tables below show the various stats that can result from different Zaw part combinations after Gilding. 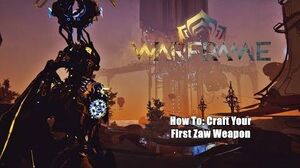 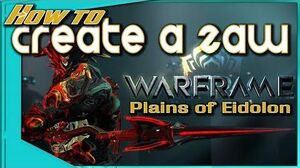 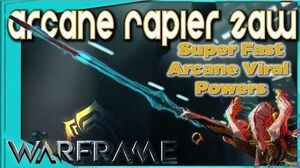 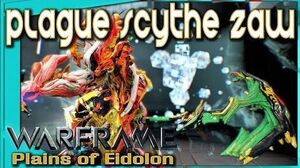 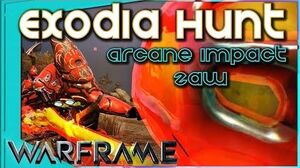