The Zarr is a Grineer cannon launcher introduced in Update 19.0 (2016-11-11). Its Alternate Fire allows users to choose between firing a single explosive cannonball or a barrage of projectiles.

The Zarr's blueprint can be purchased from the Market. 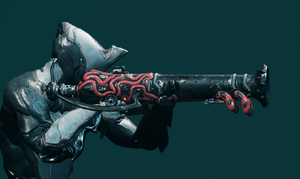 Zarr in the Codex. 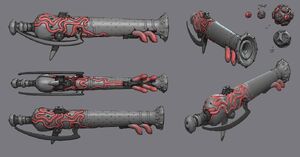 Concept art of the Zarr. 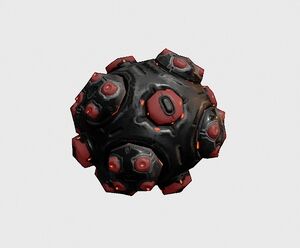 A Zarr cannonball in the default colours. 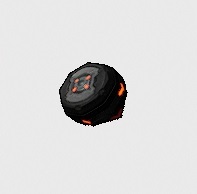 One of the Zarr's cluster grenades in the default colours. 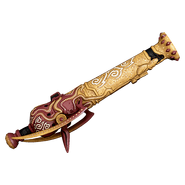 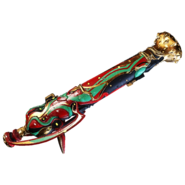