To Take Its Pain Away

Your Creator is the first Somachord track found within the quest The Sacrifice. The other being To Take Its Pain Away. The track requires two Somachord Fragments to complete. These fragments can be found during the first two missions of The Sacrifice which take place on Lith, Earth and Pavlov, Lua. The first one can be found to the right of the entrance of the courtyard, on a rock next to the water. The second Fragment can be found twice during the mission, but scanning both has no effect. The first can be found in the room with the second Orokin Cipher, high up on the rafters near the room's entrance, and the second one can be found within one of the search areas for the second ciphers code, behind a planter. 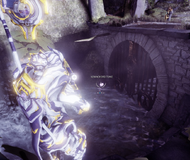 Location for the first tone for Your Creator. 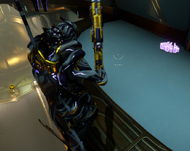 Location for second tone for Your Creator 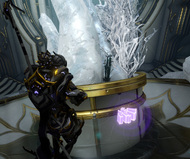 Alternative location for second tone for Your Creator
Add a photo to this gallery
Retrieved from "https://warframe.fandom.com/wiki/Your_Creator?oldid=1922954"
Community content is available under CC-BY-SA unless otherwise noted.