Yareli gains +100% Critical Chance for Secondary weapons when she has been moving for at least 1.5s.

Aquablades
CODEX
Always on the move, the vivacious Yareli commands the ocean's fury. The original Waverider.

She is the one to give hope to the hopeless, defeating her enemies with her aquatic grace. This is Yareli, the selfless, the wave rider.

Yareli fights for those who need it most, and strikes fear into those who oppress. Do you dream of water, Tenno?
—Lotus

Rise from the cold depths below and brave the waves above, across an azure expanse basked in starlight's gleam. Submerse into the deep marine with Yareli, the nymphean sailor. Fluid as tidal ebb and flow, surf swiftly and ripple through her foes, as slender teardrops cascade into a sanguine ocean. Yareli and Merulina rode into battle on Update 30.5 (2021-07-06).

Yareli's main blueprint is acquired by completing The Waverider quest. Component blueprints are acquired through Research inside the VentKids' Bash Lab within the Clan Dojo.

“You're not supposed to be in here! You're going to ruin the surprise!”
The following article/section contains spoilers. Please complete the The Waverider quest before proceeding.

Yareli was the savior of children who were enslaved by a Grineer named Vulgran. The rescue inspired the children to rise up against their slaver before she blasted him into the sky. Her tale is passed down through a comic Graphica dubbed Waverider #1.

Yareli also served as the originator of K-Driving and inspired the Ventkids to follow in her footsteps.

Everflowing with the seas, whenever

Yareli moves for at least 1.5 seconds, she gains the Critical Flow buff that increases Critical Chance on her secondary Weapon by 200%. Critical Flow lasts until Yareli stops moving. 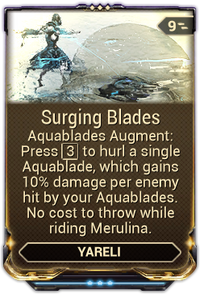 Surging Blades is a Warframe Augment Mod for

Aquablades that allows her to recast the ability while active to throw a single bubble, which functions similar to a thrown melee weapon such as the

Slash damage and procs upon impact. The bubble's damage accumulates when any Aquablade directly hits an enemy.

Yareli can be equipped with the following items: 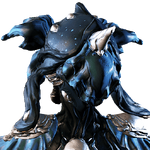 We have 2 areas that are being buffed: Stats, and Utility. While many Tenno have hoped for more Stat buffs (which we have here!), the Utility Buffs are really something to behold for the usability or Merulina. We are introducing a foundational change to her movement: Merulina Dashing (tap Roll/Dash)! This can be executed in any direction and is effectively a new way to close gaps (or quickly retreat!) and alter the direction of Yareli aboard Merulina! This also enhances the way you can traverse vertically with responsive directional input while in the air. We’ve made a handy .gif to demonstrate just what we mean:

What you see in this .gif is a vertical traversal that’s currently tough to do with Yareli. However, with the forward dash the momentum movement now allows for directional maneuvering.

Then, we see Yareli Dash both Forward AND Back in the .gif, showing how you can certainly take advantage of this new movement tool!

This is a change that’s best experienced in your hands, but it is certainly a huge improvement for navigating all of Warframes tilesets!

We have also made some changes to general Merulina movement by allowing for shorter jumps, and reducing overall jump charge time.

We’ve made some Stat changes to Yareli’s abilities as well. These are buffs across the board, and details are as follows:

Bigger is better. The bigger we Rip, the more enemies, the better scaling, and so on!

Time for some Yareli Buffs! Your feedback has been heard and implemented in the way of buffs to Yarelis kit. 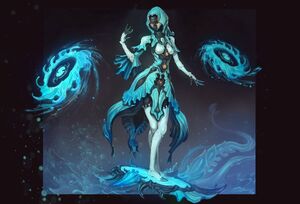 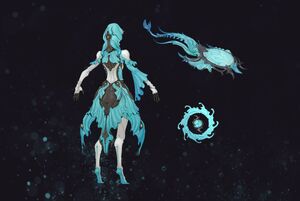 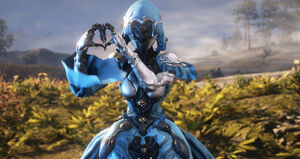 Love from the Plains 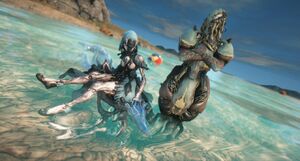 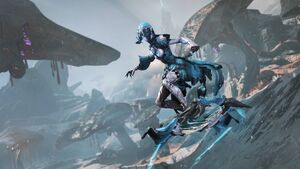 Surf's up in Orb Vallis! 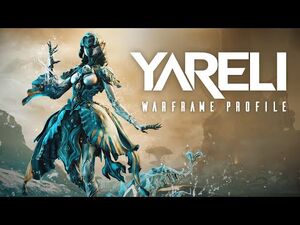 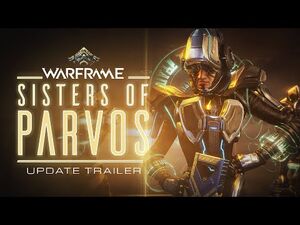 Warframe - Sisters of Parvos Coming Soon To All Platforms! 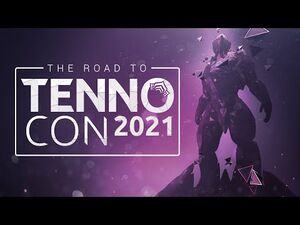 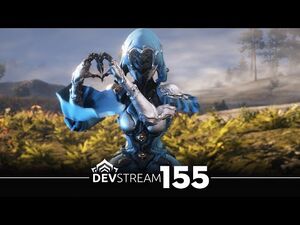 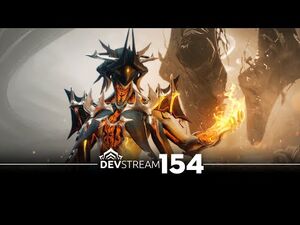