Pilot Wyrm in a hectic, side-scrolling battle against the Corpus.

Wyrmius is a hidden side-scrolling Shoot 'em up minigame where players control a Wyrm Sentinel to defeat Corpus enemies.

50,000 and putting it as a decoration in their orbiter, along with the game itself for 25,000 Standing

25,000. Alternatively, players can type in Wyrmius as the email address in the login screen and leaving the password blank, or by equipping the Wyrm or Wyrm Prime Sentinel and selecting the "W" loadout under Appearance. The highscore of this minigame can be seen in the leaderboard by entering player's Profile tab.

Completing Wyrmius will grant the player a Wyrmius Poster decoration that can be placed in the Orbiter.

This minigame sees the player take control of a Wyrm Sentinel on a horizontal 2D plane that constantly scrolls to the right in a Corpus Ship. W  and S moves the Wyrm up and down respectively, while A  and D  control left and right movement. Alternatively, the arrow keys can be used for movement. The Wyrm's weapon is fired using LMB  or Space , and is an automatic weapon that can be fired at full auto by holding down the fire key. The goal of the minigame is to traverse throughout the level to defeat enemies and ultimately the boss of the level, Helios.

Although initially armed with a Laser Rifle

Laser Rifle, enemies may drop a Mod upon death, which will change the Wyrm's main weapon depending on its color. Picking up mods of the same color will also upgrade your weapon:

The mod will cycle colors while not picked up, allowing players to choose which weapon they want to get if they're planning on upgrading their weapons. Losing a life will not reset the weapon type used, however, it will downgrade the weapon.

The player has a stock of three lives represented by a Wyrm icon, and each life is consumed if the player is hit by enemy fire, which will destroy the Wyrm. Losing all three lives results in a game over, and players are given the choice to try again from the beginning or quit.

Defeating the final boss with any number of lives left will start the minigame over with harder enemies, and the amount of lives left from the first round will not be replenished.

See the user build section for Guides to this minigame. 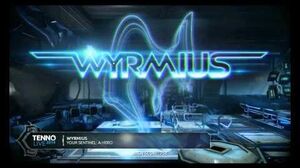 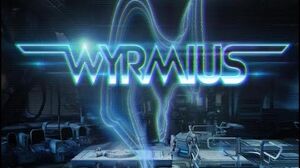 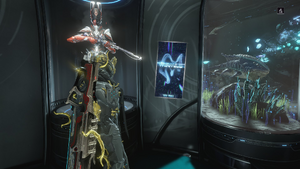 The Wyrmius poster is unlocked upon completing the minigame.

Русский
Community content is available under CC-BY-SA unless otherwise noted.