For the Plains of Eidolon resource, see Cetus Wisp.

Breach Surge
CODEX
Elemental and elusive, Wisp is both guardian and gateway.

Invisible in the air and swift on the ground, she moves like the wind. This is Wisp. Summoner of the ethereal.

Her grace is only balanced by her destruction. Do not get lost in its wake, Tenno.

Eerie. Elusive. Enigmatic. Haunting the spatial crossroads between dimensional doorways, the ethereal enchantress Wisp summons strange apparitions from beyond the breach. Sever her soul to escape death, steal the sight from enemy eyes, and vaporize all before the blaze of our celestial light. Wisp materialized in Update 25.0.

Wisp's main and components blueprints are acquired from defeating the Ropalolyst on The Ropalolyst, Jupiter. All drop rates data is obtained from DE's official droptables.

Wisp weaves between dimensions whilst she is airborne, gaining a cloak that renders her and her Companions completely invisible to enemies until she lands or fires a weapon. Wisp's cloak will reactivate briefly after the player stops firing provided they are still airborne. 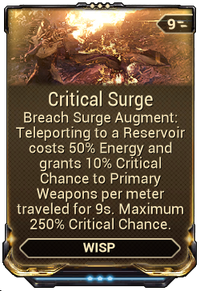 Critical Surge is an Warframe Augment Mod for

Wisp can be equipped with the following items: 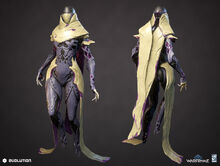 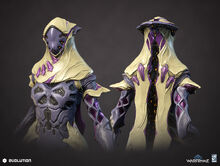 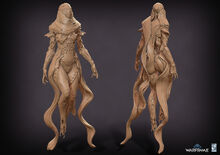 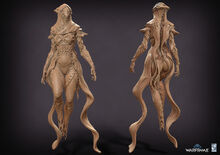 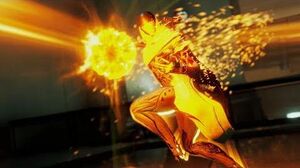 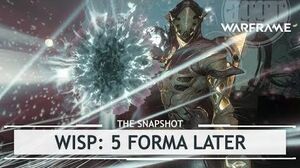 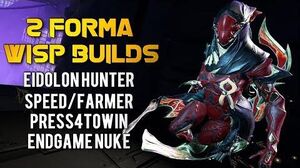 Warframe THE MOST VERSATILE 2-FORMA WISP 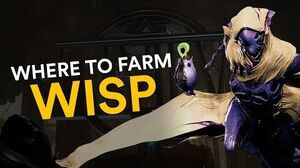 Where to farm Wisp (Warframe)
Retrieved from "https://warframe.fandom.com/wiki/Wisp?oldid=2193105"
Community content is available under CC-BY-SA unless otherwise noted.