Weapon Cosmetics consist of custom patterns, attachments and colors for Weapons. Most can be purchased from the Market, though some can only be acquired through third-party promotions.

All skins can be equipped by going to the Arsenal Segment of the Orbiter, choosing the desired weapon and navigating to its Appearance page.

Like Warframes, weapons can be customized with a variety of different color choices. These color palettes can be purchased in the Market.

These skins can only be applied to certain weapons. Some of these skins change the model, behavior, and/or stats of the weapon as well. 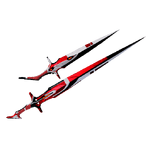 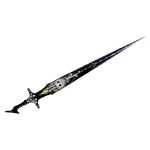 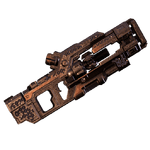 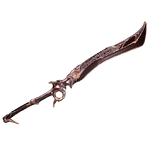 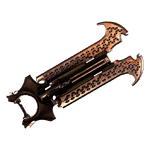 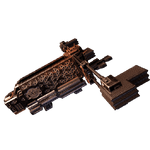 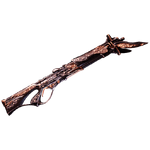 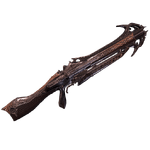 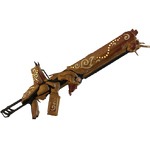 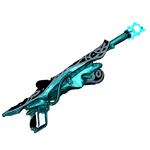 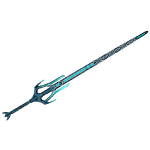 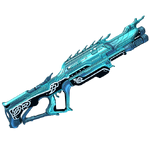 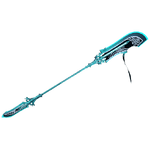 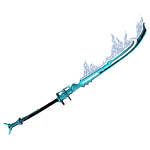 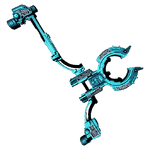 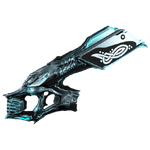 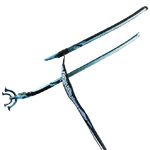 These skins can be applied to all weapons of a certain type, and will replace the original weapon's model. Some of these skins change the behavior and stats of the weapon as well. 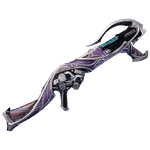 Sugatras are Market-purchasable cosmetics introduced with Update 13.0 (2014-04-09) that can be hung from a Melee weapon's hilt. Like Warframe Syandanas, Sugatras feature cloth physics, and will sway with movement.

Sugatras can be equipped and customized through the melee weapon's 'Appearance' page, where the Sugatra will be located in 'Attachments' under the 'Accessories' tab.

Arrow Skins are Market-purchasable cosmetics introduced in Update 16.5, which can be equipped on any Bow, replacing its normal arrows.

Arrow Skins can be equipped and customized through the bow's 'Appearance' page, where the skin will be located in 'Attachments' under the 'Accessories' tab.

The promotions and giveaways that are listed below are not endorsed by or related to WARFRAME Wiki or Wikia Inc. in any way. Any deals, promotions or giveaways presented are for informational purposes only.

Third Party Skins can be acquired through participating certain promotions for Warframe. Most of these skins are only available for a limited time and quantity. More information can be found in Third Party Deals and Rewards.