Shadow Stalker
CODEX
The Stalker's sword as bestowed to him by the Sentient Hunhow.

War is a heavy sword used by Shadow Stalker, given to him by the Sentient Hunhow during the events of the Second Dream Quest.

The War's blueprint is dropped by the Shadow Stalker. It is also included in the Hunhow's Gift bundle for 516 Platinum 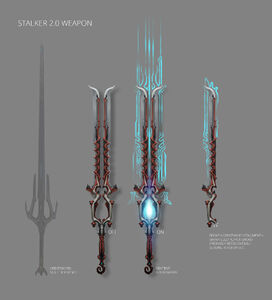 Concept art of War and Broken-War, with a Galatine for comparison. 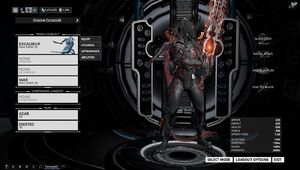