The Volnus's blueprint can be purchased from the Market. 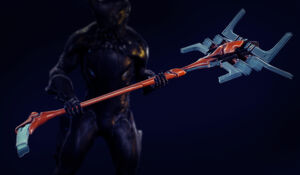