WARFRAME Wiki
Register
Don't have an account?
Sign In
Advertisement
in: Resources, Untradeable Resources, Update Specters of the Rail 0,
and 2 more
English

Can be acquired from Void Fissures.

Can be acquired from Void Fissures.
—In-Game Description 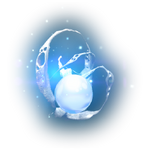 The theoretical maximum is 7,695 Void Traces from one Relic; however the odds against having 5 Charm Resource Buffs active when cracking a Relic are astronomical since even having 2 of them active at once is rare. On top of that, the maximum Void Trace storage is currently capped at 1,700 Void Traces with MR Legendary 2 (MR 32).