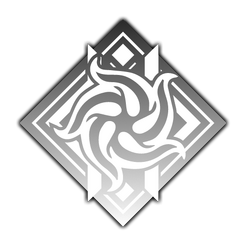 Void Hole is a battle Avionic that can be equipped in the third Avionic Grid slot. It launches a rocket that functions similar to

Bastille on detonation, slowly drawing enemies who pass into its radius into its center while dealing continuous

Frost damage to enemies affected. This rocket will detonate on impact with a surface or manually by pressing the ability button again.

Retrieved from "https://warframe.fandom.com/wiki/Void_Hole?oldid=2119319"
Community content is available under CC-BY-SA unless otherwise noted.