Void Fissures, also known as Void Storms in Empyrean missions, are a type of mission in which players can open Void Relics and obtain the treasure within. Relics were introduced with Update: Specters of the Rail 0.0 (2016-07-08).

When entering a Void Fissure mission, players can equip a Void Relic of the appropriate tier. If they complete the mission, they can choose an item from their relic or another player's relic as a reward. If players have no relic equipped, they can complete the mission, but will not receive any rewards from other players' relics. If the player chooses to stay in Endless missions after a rotation, they will be prompted to use another relic.

In addition to the mission's assigned objectives (e.g. Exterminate, Capture, Spy, etc.), Void Fissures will appear along the mission objective path, spawning in 3 Corrupted units from the Void as well as converting nearby native enemies into Corrupted units. While most enemies can be converted to Corrupted, they are considered identical in terms of Codex completion (e.g. scanning newly converted Scorpions will count towards any preexisting progress to the standard Scorpion's codex entry).

When a Void Fissure opens one of the spawned or converted enemies will drop a Reactant, which the players must pick up and collect 10 of to meet their required goal. Once this goal is met, the Relic will crack and the player will receive a buff to one piece of their gear, which starts to emit cosmetic bolts of lighting and shimmer. At this point that player can complete the mission and receive their reward. When the player obtains 10 Reactant, they will be awarded with 6-30 Void Traces at extraction, a resource used to refine Void Relics to make them drop rarer rewards, and to craft Dragon Keys.

Impact damage, but attacking them before they explode will cause them to disappear. Only foot soldiers can be turned into Corrupted, leaving space fighters unaffected.

Upon opening the Relic, the player will also receive a buff to one of their equipped gear which gets corrupted for an amount of time based on the tier of the Void Fissure (time = 30sec × tier). The buffed gear will emit lightning bolts and gets a corrupted texture effect.

All players who have opened their relic will be able to receive its rewards, choosing one item from their own relic or another player's. If players select the reward of another player, that person receives 5 Void Traces per person that chose their reward. If the player fails to open the relic when the mission completes, they will not be eligible for any relic rewards, but their relic will not be consumed.

Empyrean Void Storms have an additional reward table on end of mission. A relic does not need to be brought or opened to obtain these rewards. 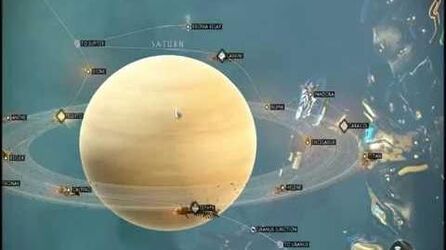 Long lost CORRUPTED HOLOKEYS have been discovered in the raging Void Storms! Millions of these Holokeys were lost to the Void when Parvos Granum’s flagship was bombed. Perrin Sequence’s own Ergo Glast has a strong desire for these artifacts, and is offering up new Granum weapon technology for them (Syndicate alliance not required)!

Visit Ergo Glast in a Relay and view his new weekly Merchandise. Every week Ergo will have 1x version of each new Tenet Melee weapon with its additional bonus Damage / Elemental for 40 Corrupted Holokeys.

By visiting Ergo each week with Corrupted Holokeys in hand you can collect them all to Valence Transfer week over week until you get the best possible version of each weapon. If collecting is more your style then Ergo will always have something in stock!

A storm's a brewin', Tenno. But where there’s risk, there’s Ghostly reward! Void Storms have been detected rolling through the Proxima. Supercharged with Void energy, boarding parties and Point of Interest enemies caught in these conditions are subject to Void Fissures - perfect for Void Relic opening! As the storm brews outside, brace yourself for Void Sinks on board your Railjack. These Void Sinks can deal damage to your Warframe if touched - shoot them to destroy!

Bring your Railjack Crew or your squad to open Relics, earn Intrinsics, and grofit with rewards! On top of your earned Relic reward, Void Storms offer their own goodies upon completion. May the Void be ever in your favor!

Void Storm missions can be selected in both the Railjack Star Chart and the Void Fissure tab of the World State Window.

Railjack Proximas and their corresponding Relics:

How do Void Storm rewards work?

All on-foot enemies are subject to becoming Corrupted from Void Fissures. Boarding parties, Point of Interest enemies, Crewship enemies, etc once Corrupted can all drop Reactant needed to open your Relic. Reactant is a shared pickup for Void Storms! Since Railjack requires Tenno to coordinate across multiple environments simultaneously, we felt that having shared Reactant pickups would help squads open Relics in a co-op friendly way.

Upon mission completion, you’ll be rewarded with your earned Relic reward, as well as an added item from the Void Storm drop table itself.

Interception, Defense, Survival, and Excavation Endless Void Fissure Missions have been revamped and now function in a new way!

First, every reward interval can have it's own Relic selected and opened (if you get enough Reactant per interval).

Secondly, the reward intervals are as follows (for clarity):

Should you collect the necessary Reactant per interval and open your Relic, a bonus will occur and you will be allowed to re-select a new Relic for the next interval! The bonuses are as follows: