https://www.warframe.com/droptables
CODEX
Nimble and relentless, the Aquila is the staple dogfighter of the Corpus fleet.

The Vapos Aquila is a Corpus fighter that is encountered in the Corpus Gas City. 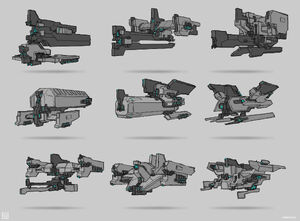