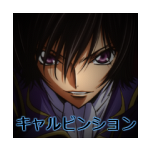 I am currently MR27 and have been playing Warframe since U17 or so. I did play the game prior but it was such a brief stint that I do not count it. I've been enjoying the more recent updates with the introduction of the Plains of Eidolon, and Orb Vallis but definitely have issues with the game I'd like to see changed in the long term.

I am also a programmer for the Builder website and constantly use the wiki to aid in keeping that site updated. Thanks to everyone who adds information here! If you have suggestions for warframe builder, put it on my wall or on the forum thread.

The clan I'm in, we have minimal intentions on going beyond a Ghost clan unless we know we can get active people who won't be gone in a week or two after joining. I've personally tried to get more people into the clan, up to a limit of course due to the tier, but typically people have left. That said, I have spent an incredible amount of time and resources designing and building our entire clans dojo, with the aid of a friend supplying resources (especially those early MR forma). The clan also has participated in the Pacifism Defect operation, getting high enough to permanently have the Ignis Wraith blueprint unlocked for us and have the gold trophies unlocked for all relevant events since the clan has been formed.

I personally like the Red Veil and Steel Meridian syndicates, and honestly wish all of the syndicates got more lore than they already do. I also specialize in gaining standing with four of them - Red Veil, Steel Meridian, New Loka and Perrin Sequence - mostly due to the fact that I can run Red Veil and New Loka missions to get standing for them all. I have never been positive standing with Arbiters of Hexis or Cephalon Suda and as such, I am missing the large shield restore blueprint and anything non-tradable, which is a shame.

Overall, there isn't much in the game that I haven't done. Currently my goals consist of literally putting forma into every single weapon and frame so I can go into the arsenal, go to loadout and Randomize it and know that whatever it gives me I can use for whatever it is I'm doing the random run for. This is my long-term goal and have been doing it for quite a few updates (roughly since U19). On top of doing this, I am also looking into getting every single mod, codex entry, and cosmetics (non-tennogen) in the game that I can possibly get. In order to fund all the forma, mods, etc that I get through trades I spend a lot of time farming up prime parts and mods to sell to other players. So much so, that I generally have 100 orders up on my market page.

I have all of the achievements in-game but Race Ace and K-Driven, mostly due to the randomness or time consumption required to get both. This also ignores the Rank based ones that are currently unavailable.

As for other achievements, I have a vast number of resources that I probably will never use and would most likely trade them away if I could.

In-game stats as per the Stats tab on my profile. Expand the table to see all my stat glory.

This page is devoted to all of my riven mods as I am a bit of a hoarder of rivens. If you see something you like that isn't ranked then chances are I may be willing to part with it. Feel free to leave a message on my wall. Even if it is ranked, I probably use or have used it but it may not be with a weapon I use often so something could be discussed as well. Also thanks to User:Brizingr5 for the riven template, it's an awesome thing!

Retrieved from "https://warframe.fandom.com/wiki/User:Kalbintion?oldid=1583367"
Community content is available under CC-BY-SA unless otherwise noted.