Wiki editing is the true endgame 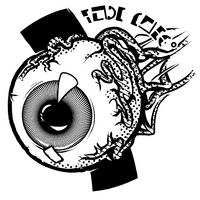 Welcome to my realm. Happy to be in the Warframe community for over 6 years!

I'm the guy who updates patch histories of stuff (sometimes). I started out doing just that, but over time I expanded my wiki-editing skills. Here is a snippet of what I do now:

These are things that I do not typically or never do:

Feel free to message me if there are any questions (on Fandom or through Discord in the Wiki's discord channel). If I had helped you in any way, please let me know! Also, if you are interesting in contributing to the wiki's codebase feel free to contact me, I can guide you to resources and answer any dev questions when I have the time.

To preface, I am only focusing on major/important changes (which is different on a case by case basis). I will do my best to document the patch histories.

Generally, Conclave related changes and minor graphical/technical fixes/changes are ignored. Patch notes in hotfixes are a lower priority compared to mainline updates. When I bump into content that has since been removed from the game, I don't usually add in or update its patch history. In other words, I am trying to document changes that are relevant to the game now at hand (Warframe buffs, mechanic overhauls, the introduction of new features, and etc). An update version is deemed completed when I documented all the important changes from that time.

Important changes but no "correct" page to put it in

Hence MobileExport in the URLs; URLs have been down since 6/2020 and the mobile app instead uses new endpoints since 7/2019 (Source)

In order of usability, best to worst

The first group in our “touch all Warframes” list! We aim to give each Warframe a little quality of life touch up and not laser focus on one Warframe at a time.

(Pretty much the whole update is QoL changes)

Area-of-effect Damage is now a separate stat with its own header in the Arsenal (plus everyone else that stats are shown), and AOE damage radius is now also displayed. Previously, AOE damage values were merged with regular on hit damage values.

Many of these changes focus on enhancing the unique gameplay options that a Glaive can offer. We’ll start simple with throwing mechanics, and work our way up:

Heavy Attack (aka Glaive detonation) will now do more damage, more consistently! Damage numbers have been increased, and the area-of-effect falloff has been removed, meaning max damage no matter what part of the explosion hits an enemy. This should help encourage use of Glaives’ unique detonation functionality; another option to compliment swinging and throwing the weapon, allowing for massive bursts of damage when needed.

“Hold throw” mechanics now apply in Equipped Melee mode! When we added the ability to wield a Glaive alongside any one-handed secondary, we introduced a new system for throwing Glaives that was quicker and more intuitive. This modern system for both ground and air throwing has been applied to pure melee mode, making Glaives consistent no matter how they are used.

Converted Liches have been criticized for their lack of endurance and firepower. They don’t use their abilities, and leave a weak impression.

We are making some changes to Calda, Sola, and Vega Toroid Acquisition to simply act as an added chance / change of scenery for acquiring Toroids.

Players who can handle an increased challenge are now able to opt-in to making their Thermia Fracture's more difficult! We have added a method to allow players to increase difficulty and lower the overall duration needed to complete 4 Fractures.

Update 18.5 (2016-03-04)
Chat UI Overhaul
Warframe’s chat UI has been given a complete overhaul, including new features and more intuitive settings for private conversations and player searching. We will continue to expand upon the chat UI in the coming updates.

Lighting Improvements
With Inaros, the sands of old have been swept away from U18 Warframe leaving behind a newer, more vibrant U18.5 Warframe. In many respects, 18.5 is a remastered, more HD version of Warframe with months of technical graphical improvements and artistic relighting of many parts of the game (and more to come in subsequent updates). On top of these changes are across the board rendering performance improvements we hope you'll enjoy, keep in mind that your particular hardware may benefit more and benefit less depending on your GPU, resolution and preferred graphics settings.

As often happens with Mainline - unexpected bugs popup. In the case of last week's 24.4.0 Mainline Update, we quickly received reports that Arcane Velocity was not working on Mesa's Regulators. Considering Mesa's popularity, it's no coincidence that this was noticed right away. We want to go into detail about what happened between Thursday and now, what's being fixed, and what next steps are:

From Thursday to today

No real proper place to put these content on the wiki.

"I've never met a priest who could tell you anything about Heaven, but they knew every square inch of Hell. They should. They built it."

Ranked #1
on this wiki