The following updates are for WARFRAME Version 8:

Note: Start Chart connections have changed in this Update in prep for rolling out the upcoming reworked UI.

Just a small hotfix this afternoon... enjoy the livestream! 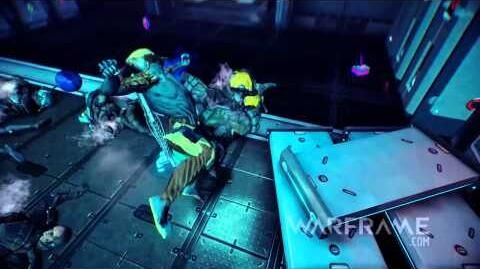 A tiny hotfix in prep for the Weekend!

The Orthos is a double bladed polearm, a first of its kind for the Tenno. The Kestrel is a deadly Boomerang, a heavy throwing weapon that can knock down enemies at a distance.