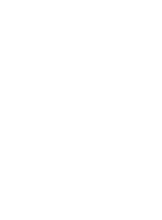 )
Unarmed is the normally unusable and inaccessible default melee "weapon" innate to all Warframes.

As it is impossible to deploy without at least one weapon of any type equipped in the Arsenal, it only becomes available in special circumstances. The first is during the unique Recovery mission type, after being captured by the Zanuka Hunter until at least one other weapon has been recovered. The second is during the yearly Hallowed Nightmares Tactical Alert. During these missions, the "weapon" will already default to rank 30 from the start.

Statistically and mechanically, Unarmed is identical to the

Kogake, though simply without any models attached to the default Sparring type stance.

Retrieved from "https://warframe.fandom.com/wiki/Unarmed?oldid=2198233"
Community content is available under CC-BY-SA unless otherwise noted.