CODEX
These twin barrels of destruction are the signature pistols of the Kuva Guardians.

The Twin Rogga are dual Grineer pistols introduced in Update 19.0 (2016-11-11), and are the Kuva Guardian's sidearm of choice. These shotgun pistols deal heavy damage with low spread complimented by its very high status chance, but are hampered by their low magazine size and heavy damage falloff.

The Twin Rogga's blueprint can be purchased from the Market. 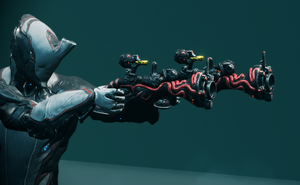 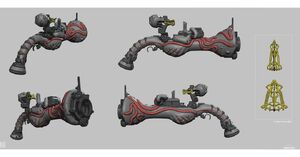 Concept Art of the Twin Rogga. 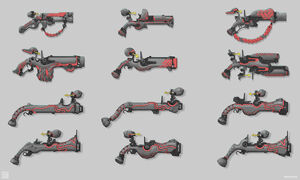 Early iterations of the Rogga. 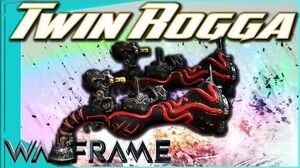 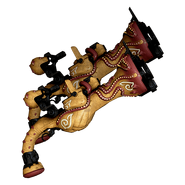