The Tusk Thumper is a heavily-armored Grineer quadrupedal vehicle designed for heavy combat. They can be found in the Plains of Eidolon during daytime. 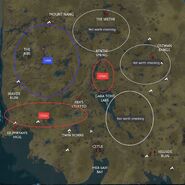 (Based on opinion and may not reflect actual spawn rates.)