Turrets are tileset-dependent defensive measures mounted across various locations in any given eligible levels. When activated, they generally remain static in place until they are destroyed. Their activation mechanics vary between factions. 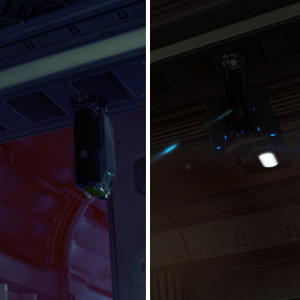 Showing both stages of neutral (Left) and alert (right) 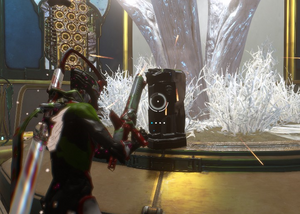 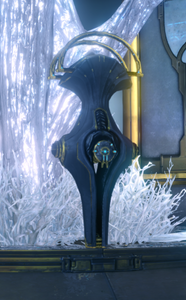