Troopers are the shotgun-wielding counterpart to the Lancer. Armed with various shotguns, including

Struns, which they are shown holding in the Codex), they lack the accuracy and range of Lancers and outfitted in more heavily armored yellow attire. This makes them comparatively more effective in close quarters, with shotguns and higher armor. 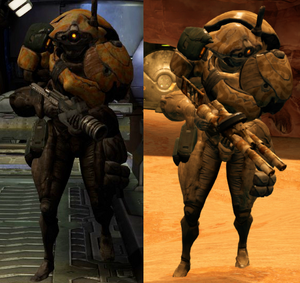 Comparison between Troopers in space (left) and Settlement (right) 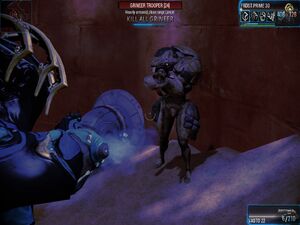 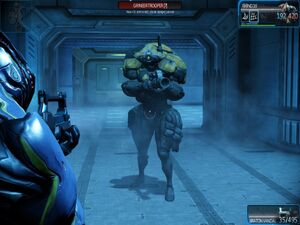 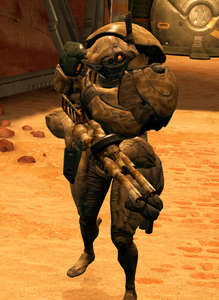 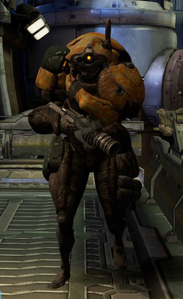 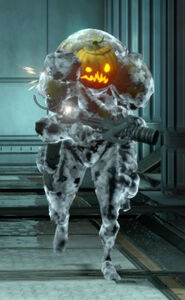 Halloween Trooper after receive a shot with ice mod. 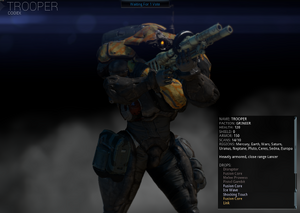 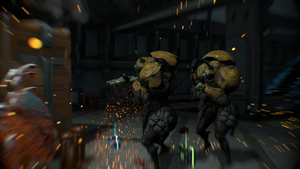 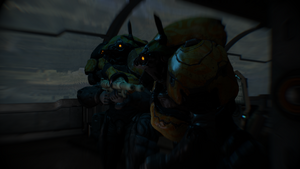 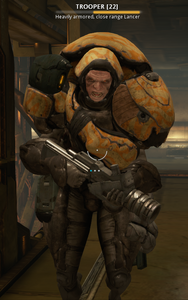 The old Trooper look within U16 after triggering vault alarms 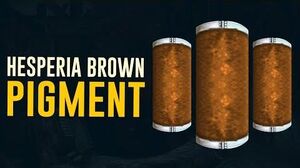