Well Of Life
CODEX
Trinity is great for players who prefer a supportive role. Warframes with healing technology are rare making Trinity a great equalizer when the odds are stacked against the Tenno.

This is Trinity, the healer, the equalizer.

Trinity is a must for any high-stakes mission. She'll save your life, Tenno.

Trinity is a support-based Warframe. Her abilities favour restoration and preservation over destruction. Draining powers turn her enemies into conduits of life and energy, while defensive powers redirect and dissipate attacks upon herself and her team.

Trinity's main blueprint can be purchased from the Market. Trinity's component blueprints are obtained from defeating Ambulas on Hades, Pluto. All drop rates data is obtained from DE's official droptables.

See Category:Trinity Guides to read user-made guides on how to play this Warframe.

Trinity, possessing a higher shield, armor, and sprint speed, as well as an additional

polarities. Trinity Prime was released alongside 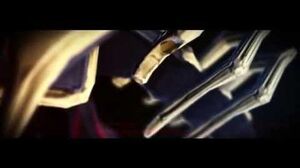 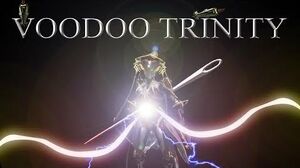 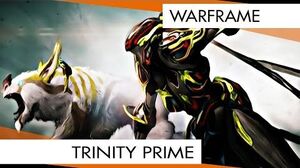 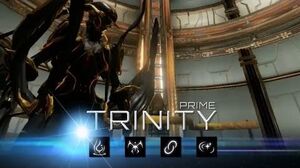 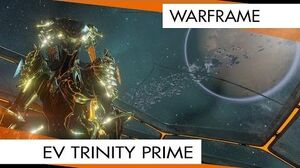 Trinity commences revival of fallen allies in bleedout 25% faster and from 50% further away.

Well Of Life drop Health Orbs, with a chance to drop an additional Energy Orb.

Trinity can be equipped with the following items: 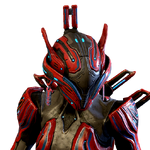 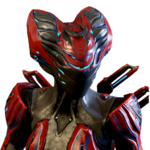 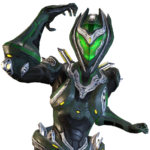 Well of Life now passively heals allies in a radius around the target (base 100 Health per second within 8 meters). Shooting the held target gives extra Health to all allies in range (base 1% of damage dealt to the victim) instead of only the person who made the attack.

Well of Life also no longer increases the Health of the target (this was an old solution to prevent other players from killing the target too fast). Instead it now uses a more modern approach similar to Nyx’s Mind Control where the Damage gets stored and dealt at the end of the Ability. 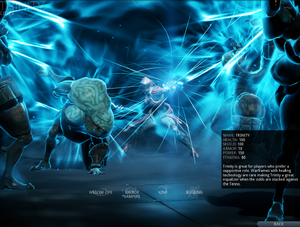 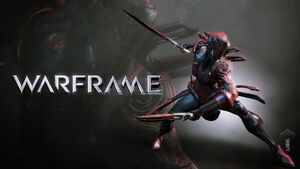 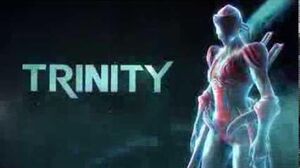 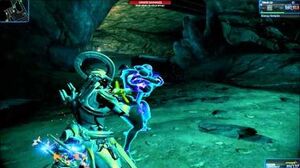 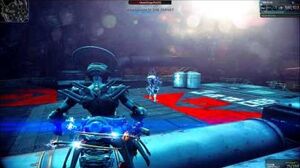 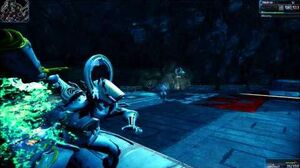 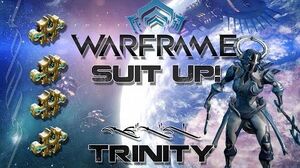 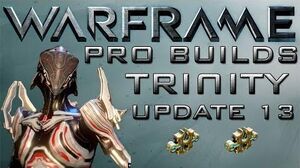 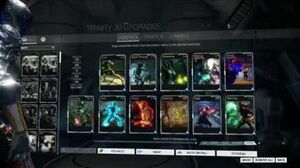 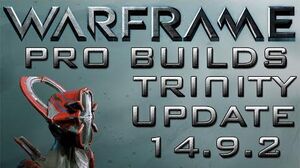 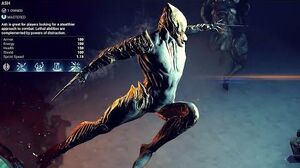 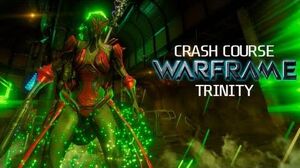 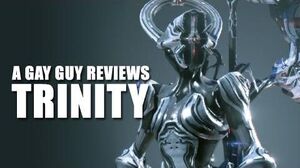 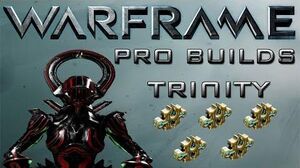