When used as a secondary, it fires a small, precise projectile that has travel time and detonates upon the first enemy or surface hit, dealing

Radiation damage with a guaranteed

Note: Data for the Quick Shot Damage only 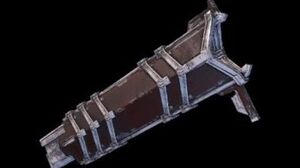 Below are balance changes that affect Primary Kitguns only based on feedback.

Update 27.2
Reduced the following AoE weapons Radial Damage Falloff from central impact that were all previously 90%:

Retrieved from "https://warframe.fandom.com/wiki/Tombfinger?oldid=2173347"
Community content is available under CC-BY-SA unless otherwise noted.