Titania is a deadly and mischievous addition to any squad, but don't take my word for it Tenno.

The diminutive temptress Titania and her entourage of bladed butterflies scatter their dust to disorient, enchant and beckon foes to their doom. She fluttered in on August 19th, 2016 with Update: The Silver Grove.

Titania's main and component blueprints are obtainable from The Silver Grove quest. The quest is obtained from the New Loka leader at any relay.

Additional blueprints can be bought from Cephalon Simaris; 25,000

Titania. My shamed creation. I felt her beating wings through my branches. I felt her mortal wounds, her weeping burns as she fell beneath my canopy. And so it was here, within this grove, that she died to save me. Me, the one who had hated her most.

When the Orokin found out of her defection, a battalion of Dax soldiers was dispatched to bring ruin to her forest. As the trees set ablaze, Silvana sensed a familiar presence: an unseen pixie that proceeded to slay the soldiers, Titania. The Warframe had given her own life to protect the woman who hated her the most.

In the present day, New Loka anoints the Silver Grove as their shrine. Desiring to protect the forest from Grineer, New Loka's leader Amaryn hires the Tenno to craft the Apothic given to them by the forest itself to awaken its ancient defenses. The Apothic blueprints also contain voice imprints of Silvana which details her logs, which horrifies Amaryn as she learns that the Silver Grove is not a pure sanctuary but an "Orokin poison". While anointing the Apothic, Silvana's disembodied voice awakens and initially mistakes the Tenno for an intruder until she gains enough clarity and sees them as a protector like Titania was. Amaryn, realizing that New Loka shares Silvana's ideals in spite of the Grove's artificial nature, sees that her syndicate change their dogmatic beliefs and swears that Titania will fly again.

Fairy Queen
CODEX
Tempting and terrifying, this is Titania in her ultimate form.

Titania Prime is the Primed variant of

polarities. Titania Prime was released alongside 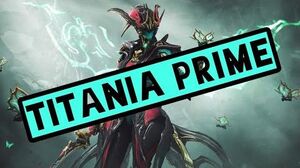 Titania passively possesses +25% Bullet Jump and Rolling distance. Casting her abilities rejuvenates Titania and her allies within 15 meters, granting them the Upsurge buff which regenerates 4 Health points per second for 20 seconds. 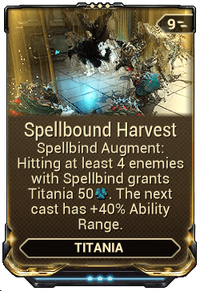 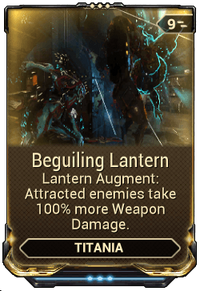 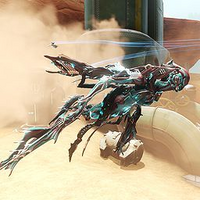 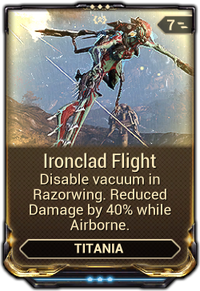 Ironclad Flight is a Warframe Augment/Exilus Mod that sacrifices

Vacuum-like passive in exchange for reducing damage taken while airborne. 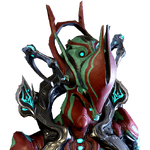 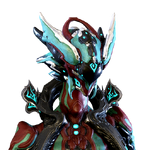 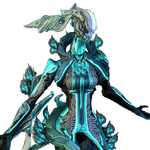 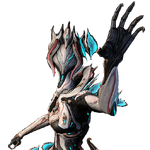 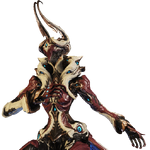 Not everyone desires the Passive attributes that Titania bring, but still want to use them in battle. With these new Augments you can now rid yourself of their attributes and bring them to a more grounded version.

Why: The conversation surrounding Arcane Guardian led to a significant review of Armor stats on Warfarmes. The Majority of Warframes received an increase in the Armor stat to increase survivability. Compounded with Shield Gating and the numerous other changes covered, we expect a much more fair feeling playing field for all Warframes. 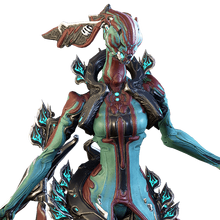 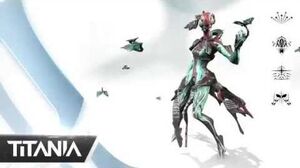 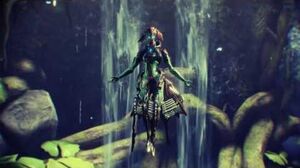 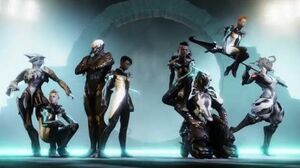 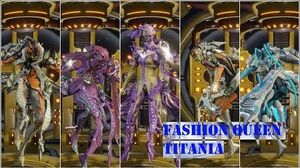 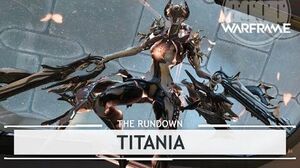 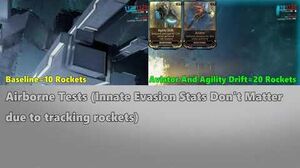 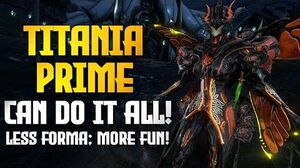 The Most Versatile Titania Prime One for All Warframe Setup
Retrieved from "https://warframe.fandom.com/wiki/Titania?oldid=2112168"
Community content is available under CC-BY-SA unless otherwise noted.