“You're not supposed to be in here! You're going to ruin the surprise!”
The following article/section contains spoilers. Complete Angels of the Zariman quest.

Granted a second existence through the mysterious power of the Void, the four Holdfasts struggle to keep their sanity and their vessel intact. The return of the Tenno may turn the tide.

The Holdfasts are a Syndicate comprised of the four last "survivors" of the adult crew of the Zariman Ten Zero and conducting their operations within the Chrysalith. Returned to life by the mysterious powers of the Void, they have fought off conversion into Void Angels. While not strictly human anymore, instead being Void manifestations resurrected through the Conceptual Embodiment of the memories of the original Zariman Crew, they retain their human mindset and guide the Tenno in preventing the further degradation of the Zariman.

To earn standing for The Holdfasts, players must find and collect Voidplumes, which can then be traded to Archimedean Yonta for standing.

Quinn assigns bounties to the player, and manages rank increases.

Voidplume Pinions in exchange for Orbiter Decorations and 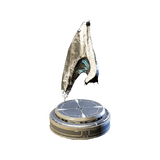 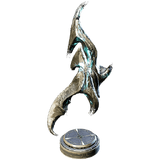 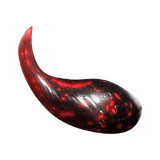 Hombask's offerings are split into two sections when speaking to her in the Chrysalith. The "Dormizone Items" include decorations, Sentinel skins, and the Vista Suite Key. The "Voidshells and Scenes" section includes Material Structures for Voidshell skins and Captura scenes.

Kira featured prominently in the Zariman Augmented Reality Game as she asked help from the players to recover logs of her husband describing the events of her death, which also detailed several events prior to the Operator's/Drifter's return during the Angels of the Zariman quest.

Melica is a Cephalon that was tasked with instructing the children aboard the Zariman. One of her consoles is found at the pathway just after the Chrysalith's main entrance and before Quinn's position, although she cannot be directly interacted with. She requests "students" to find Zarium Accolades for her in the Zariman.

The Husband is an unnamed character only known as Kira's husband through the Zariman logs recovered by her during Zariman ARG. He was one of the survivors of the early events following the Void-Jump Incident before succumbing to the Void.

Gyra was a passenger notable for her graceful movements and was sent aboard by Orokin Executor Ballas to act as a figurehead, but eventually became a victim herself of the Void-Jump accident. She is the likely basis for the Warframe

The following weapons, Arcanes, and special items have been added to Cavalero’s Offerings in the Chrysalith!

The Felarx invokes ancient times when aristocrats hunted game. For ceremonies, Orokin elites bred creatures reminiscent of game birds of old to reanimate cultural myths. The Orokin gave the Zariman crew Felarx and a brace of birds as a sign of acceptance into elite society. The brace of birds becomes a pair of powerful pistols at the hands of the Void.

In the early Orokin Empire, elites wore Innodem as a symbolic reminder to defend the defenseless. The tradition fell out of style, but nostalgic elites acknowledged the sentiment in the form of a gift. The Void amplifies that ideal. Void energy strengthens Innodem gliding aerial attacks and the wielder is increasingly resilient as they perform finisher attacks in Incarnon Form.

*All values below are shown at Rank 5. As always, values that were shown on Devstream #162 were subject to change and that is reflected below as further considerations and testing was done.

Molt Reconstruct (Warframe)
Heal yourself and allies within Affinity Range 6 Health for each point of Energy spent on the initial casting cost of abilities.

With the addition of several new Amp Arcanes with Angels of the Zariman and Echoes of the Zariman, this new Slot allows you to make the most of your growing Arcane collection!

This new Arcane slot is only visible in the Operator Equipment screen once the Angels of the Zariman quest has been completed since Cavalero must be visited in the Chrysalith to get the Amp Arcane Adapter.

Cavalero has also updated his wares with new Ephemeras that are very inspired by Void Angel and Void Energy designs. Purchase the Blueprints for Standing and craft them to imbue yourself with the ethereal nature of the Void.

Raptwing Ephemera
Take on the majesty of an angel’s wings. Give yourself an extra set of helping hands with this Angel-inspired Ephemera. The Ephemera’s arms will move to mirror your original set of arms.

Seraphayre Ephemera
Walk in the echo of an ethereal song. Cloak your Warframe in Void Energy with this new Ephemera.