CODEX
Parvosian upgrade of the classic Tetra. Slower fire rate but with a larger magazine. Can now alt fire an entire clip as a large burst radius grenade launcher.

The Tenet Tetra is the Tenet variant of the

Tetra projectile rifle, sporting drastic improvements to its damage, critical chance, critical multiplier, status chance, and magazine size, at the cost of reduced fire rate and slightly slower reload speed. Its Alternate Fire swaps to a semi-automatic single round that launches an explosive grenade that reloads slightly faster than the automatic fire.

Tenet Tetra is obtained by vanquishing a Sister who generated with one equipped. After the Sister is vanquished it will be in the player's Foundry ready to claim.

Tenet Tetra when shown in the arsenal 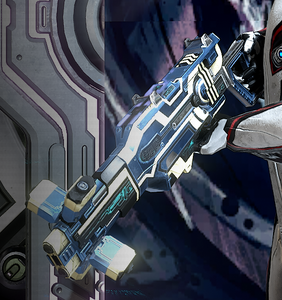 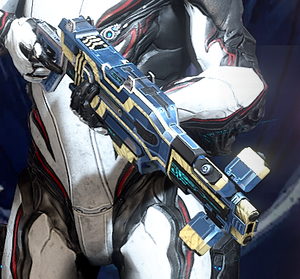 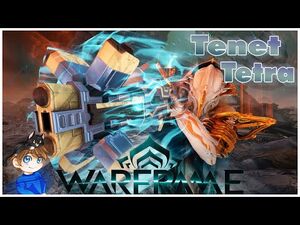