The Tenet Flux Rifle is the Tenet variant of the

Flux Rifle, featuring increased critical chance, status chance, fire rate, accuracy, magazine size, and faster reload speed, at the expense of lower critical multiplier, no punch through, and running off magazines in lieu of a recharging battery. It also functions as an automatic rifle rather than a continuous beam weapon, removing its range limit and damage ramp-up but benefiting less from multishot and no longer consuming fewer ammo per shot.

Tenet Flux Rifle is obtained by vanquishing a Sister who generated with one equipped. After the Sister is vanquished it will be in the player's Foundry ready to claim. 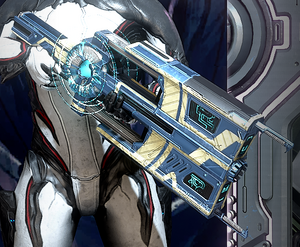 Tenet Flux Rifle when equipped in the arsenal 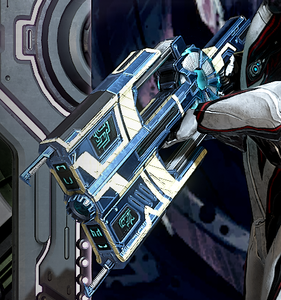 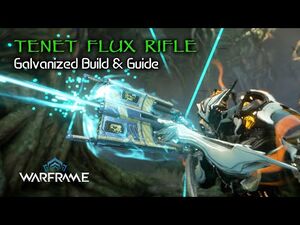 Tenet Flux Rifle, What the Tenet Flux is That Damage? 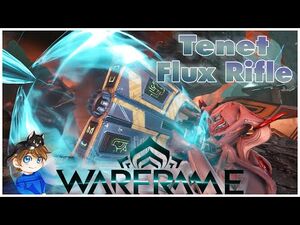