CODEX
Custom variant of a Corpus classic. Staggering blasts now ricochet and have greater range at the cost of a slower fire and reload speed. Surviving enemies are consumed with radiation.

The Tenet Arca Plasmor is the Tenet variant of the

Arca Plasmor, with improvements to its damage, critical multiplier, status chance, and longer damage falloff range, along with its shots gaining the ability to ricochet off surfaces, but at the expense of slightly slower fire rate, reload speed, and lower reserve ammo.

Tenet Arca Plasmor is obtained by vanquishing a Sister who generated with one equipped. After the Sister is vanquished it will be in the player's Foundry ready to claim. 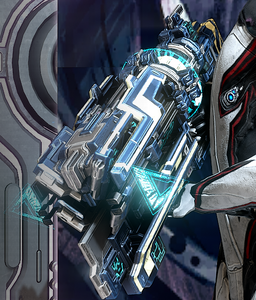 Tenet Arca Plasmor, When equipped in the arsenal 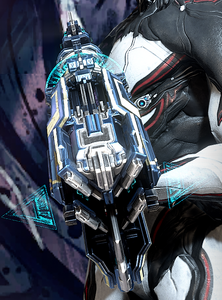 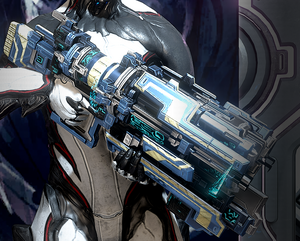 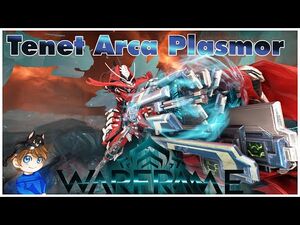