CODEX
For the Arbiters of Hexis these pistols are more than just simple weapons, they are symbols of truth and discipline. 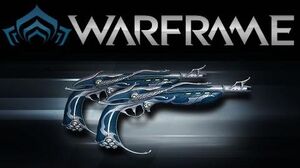 Retrieved from "https://warframe.fandom.com/wiki/Telos_Akbolto?oldid=823616"
Community content is available under CC-BY-SA unless otherwise noted.