Tectonics Augment: Create up to 3 walls with 100% Health. Walls can no longer be turned into boulders.

This augment does not benefit from modding directly. Indirectly it gains benefits from modding as does the base ability, e.g. power efficiency reduces the cost per wall and power strength increases the health of each wall. 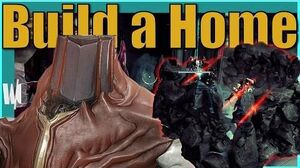