Tar Mutalist MOAs are Infested Corpus MOAs that launch globs of mucus to create puddles of thick tar, which damage and slow enemies to a crawl. 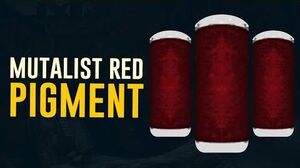 Retrieved from "https://warframe.fandom.com/wiki/Tar_Mutalist_MOA?oldid=2184096"
Community content is available under CC-BY-SA unless otherwise noted.