Syndicates are groups of interest operating throughout the Origin System, separate from the Corpus or Grineer, and ally with the Tenno. These factions have their own ideologies and goals regarding the fate of the system, with some inevitably in disagreement with another syndicate. The Syndicate console on the Orbiter is unlocked once a player has reached Mastery Rank 3. Syndicates can be accessed earlier from a Relay through the Syndicate representatives there (only the Conclave and Ostron can be joined prior to reaching Mastery Rank 3).

To advance through Faction Syndicate rankings, players require Standing earned by wearing the syndicates' respective Sigils. Starting at Mastery Rank 0, your Daily Standing Cap gain for all Faction Syndicates will start at 8,500 and increase by 750 per rank. This cap will reset at 0:00 UTC every day.

To obtain your first syndicate's Sigil, talk to their representative in any Relay, and complete Initiation that will require a sacrifice of 10,000 Credits

10,000 as well as some syndicate-specific resource. Once earned, Standing can be spent to purchase offerings including more efficient Sigils and to rank up, which requires the maximum possible standing at the current rank and a sacrifice requested by a syndicate such as credits and resources. All of the Standing earned will be spent in the rank up. For every promotion players can pick a gift from the Syndicate. The promotion to rank 4 simply requires the blueprint, whereas the promotion to rank 5 requires a fully-constructed item.

Standing with a syndicate can be negative, which occurs if a player has been performing favors for an opposing or enemy syndicate. There is a lower limit on how much negative standing a player can have with a syndicate, currently capped at -44,000 standing. A player can achieve two negative rankings within a Syndicate, should players wish to regain favor with a particular Syndicate: they must earn Standing for them, then provide sacrifices in order to escape from any negative ranks they have attained. To advance from -44,000 standing to the highest 132,000 using only medallions you would need at most 886 medallions (using only the ones that are worth 500 Standing

When a Tenno has negative favor with a Syndicate, they are considered hated by that group, and the Syndicate in question will begin to send Death Squads consisting of a group of elite Eximus troops to hunt down said Tenno. Similar to Assassins like the Stalker, Death Squads can randomly appear in a mission, and will announce their presence via flickering lights, and a declaration from the Syndicate leader, though Death Squads will arrive immediately after a single transmission. Death Squad arrivals can be differentiated from normal Assassin arrivals by the entire squad being covered in a red light. Like Assassins, in the event the Death Squad succeeds in taking out their target Tenno, they will disappear. Unlike regular Assassins, Death Squads do not have Death Marks and players do not receive inbox messages from the opposing Syndicate as a warning, so players have no way of identifying whether they are currently eligible to be attacked by a Death Squad besides negative syndicate reputation.

Notably, killing off a Death Squad does nothing to discourage the syndicate that sent them, and has no impact upon standing either way. Other Tenno can freely assist their teammates assaulted by Death Squads without consequence to standing.

At Rank 1 of disfavor, Syndicates will send Eximus Squads, which consist of 3-5 Eximus units. If a player reaches Rank 2, Eximus Platoons will be sent in instead, consisting of 5-8 Eximus units. Like normal Eximus they possess Overguard to grant them immunity to crowd control effects like

Gloom until it is removed.

Upon elimination, each Eximus unit has a chance to drop a specter blueprint of their respective type.

Each syndicate's Death Squad always consist of one type of enemy with one specific Eximus type:

At Rank 2, Syndicates can offer a Syndicate Relic Pack consisting of 3 random Void Relics for 20000 Standing

Two of the relics will be random Lith Era Relic or Meso Era Relic, with the 3rd relic guaranteed to be either a random Neo Era Relic or Axi Era Relic.

Celestia Syandana decays per day rather than resetting for every mission, Telos Syandana has extra effects after certain numbers of kills
Finally, the Syndicate representative's entrance at any Relay will be redesigned with a bronze-like highlights. 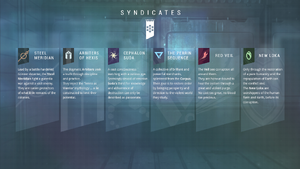 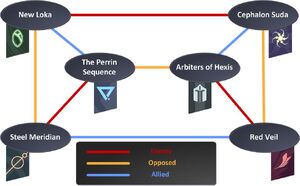 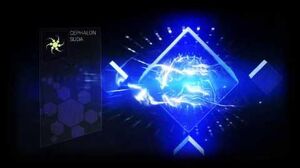 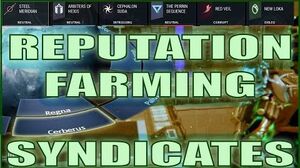 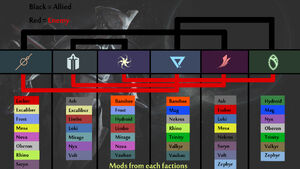 The Syndicates you know and love have expanded their Offerings!

Each Syndicate has added respective Armor Sets to showcase your loyalty! Including Ostron Armor from Hok in Cetus, and Solaris Armor from Rude Zuud in Fortuna! That’s 8 unique Armor sets in total to collect! The most ever released in a single Update!

PLUS, each Syndicate (excluding Ostron and Solaris) has new Emotes based on familiar Railjack Crew animations!

All of these new Offerings are Tradable!