The Sybaris is a burst-fire

Tenno lever-action rifle that fires two bullets in quick succession, and serves as the Tenno equivalent to the

The Sybaris' blueprint can be researched from the Tenno Lab in the dojo. 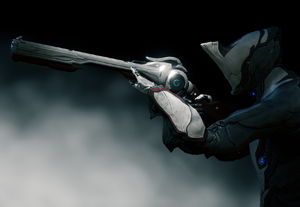 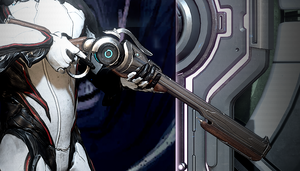 Sybaris as shown in the arsenal 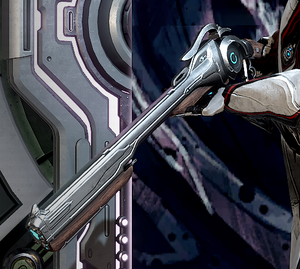