CODEX
A customized version of the powerful Supra, featuring a metallic finish and Lotus decal.

The Supra Vandal is the Vandal version of the

The Supra Vandal was awarded to players who successfully defeated Ambulas on Hades, Pluto during the Operation: Ambulas Reborn event, complete with a free weapon slot and a pre-installed Orokin Catalyst.

The Supra Vandal is now potentially sold by Baro Ki'Teer in the Concourse section of the Tenno Relay for 275,000 Credits

500. Note that Baro Ki'Teer's stock changes with each appearance, and this weapon may not be available on a succeeding appearance.

The weapon can be traded, but only for unranked copies without Forma and Orokin Catalyst installed. The trading recipient must also have a Mastery Rank of at least 14. 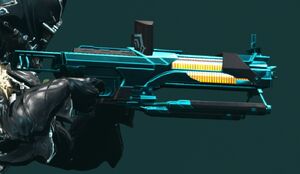 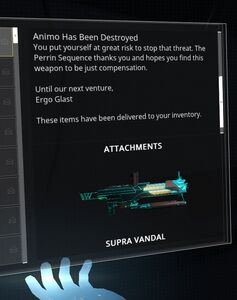 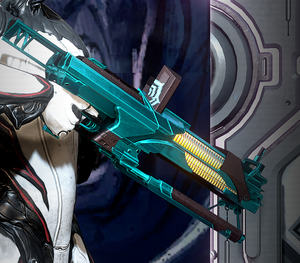 Supra Vandal, when equipped in the arsenal 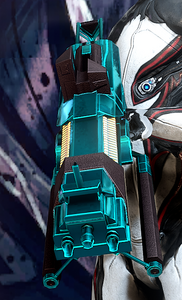 The notch in the battery can be seen 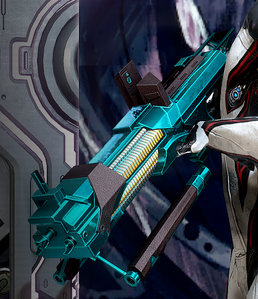 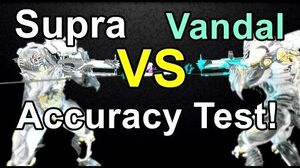