CODEX
The Supra is a heavy laser gun with a short wind up time.

The Supra is a

Corpus tri-barrel laser minigun unlockable through Energy Lab Research in the Dojo. It is used by Corpus Techs and sometimes by Corpus Wardens throughout Corpus-controlled regions, and is effectively the Corpus standard machine gun.

The Supra's blueprint can be researched from the Energy Lab in the dojo. 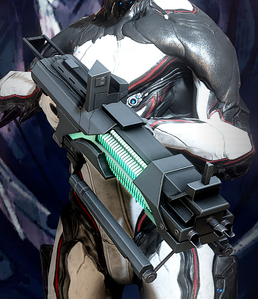 Supra when equipped in the arsenal 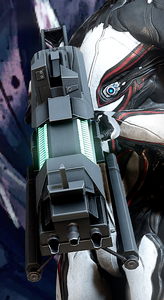 Note the notch in the battery, used as a sight 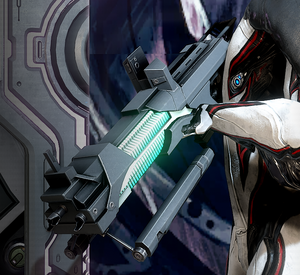