WARFRAME Wiki
Register
Don't have an account?
Sign In
Advertisement
in: Enemies, Object Enemies, Enemies With No Drops,
and 2 more
English

https://www.warframe.com/droptables
Storage Containers are breakable objects appearing in all mission types and can drop pickups such as credits, ammo, resources, and even mods.

Multiple variations of storage containers can also spawn once per mission. They are different in appearance (not to be confused with holiday/event themed containers) and give out a wide range of awards, such as trinkets of credits, ammo, resources, mods, faction parts or even a Forma.

The most common variation of all Storage Containers and the most abundant in numbers. They are most often found in large numbers of up to 7 at once inside a vacant high-value hotspot.

When broken, they typically contain only one of the following:

Containers found in Treasure Rooms, side rooms and hidden compartments throughout the Orokin Void have a chance to drop a mod from the Treasure Rooms mod list.

As for now on the Cambion Drift there are Ralizor Infested Cysts which can contain common mining, fishing and general Deimos resources.

There is a small chance for the containers to not yield any items.

On Deimos there are Sagiant Entrati Caskets which can generally be found around Requiem Obelisks in the Cambion Drift. Spitia Infested Cysts occur inside Cambion Drift caves only.

When broken, they typically contain several of these drops at once:

A rare variation of the Storage Containers, their appearance is similar to the standard storage container, but with a golden glow and a humming noise identical to that of the Sabotage Resource Caches.

While they lack the distinct humming sound of other rare containers, Auroron Entrati Caskets are nevertheless rare and can be found either as a rare spawn in the Cambion Drift on Deimos, or as a guaranteed spawn within the vaults of Isolation Vault Bounties.

With the exception of the Auroron Entrati Casket, all containers usually contain:

Each of the container variations (Grineer, Corpus, Orokin, Entrati, Zariman) has their own entry in the Codex.

Reinforced containers are the rarest of the Storage Containers and have their own models with significantly bulkier plating than the standard variants, plus the golden glow and humming sound of the rare storage container. They require more damage to break than any other container. The models also reflect this with sections breaking off as the container is damaged.

When broken, they usually contain:

Each of the container variations (Grineer, Corpus, Orokin, Zariman) has their own entry in the Codex.

When broken, they contain:

This container has its own entry in the Codex.

Resource Deposits are special containers that hold only a single type of resource. These deposits have a unique name and appearance matching the resource that they contain, and can only be found in the same areas as their associated resource. The rarity of deposits usually corresponds to the rarity of the contained resource; for example, Alloy Drums will be more common than Neural Arrays. Rare resource deposits can drop between 1 to 3 of the associated rare resource.

The various types of Resource Deposits include: 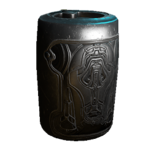 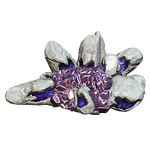 Argon Pegmatite
(May be located on walls and ceilings) 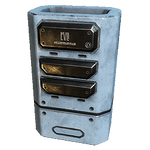 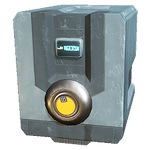 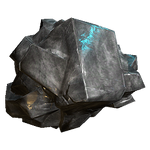 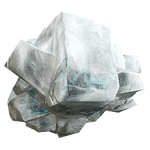 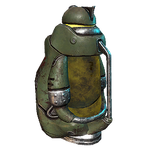 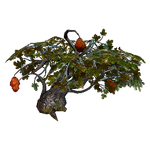 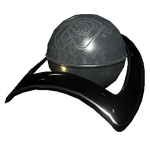 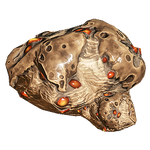 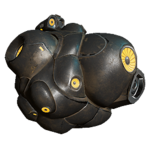 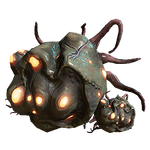 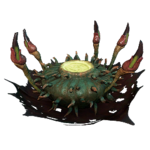 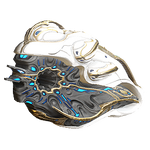 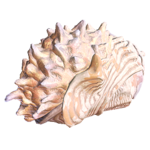 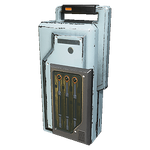 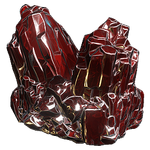 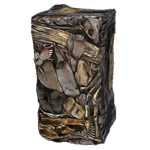 Each deposit has to be scanned five times to complete codex entry (currently, unscanned deposits will not be shown in Codex).

The container in Codex.

Green Orb from a Rare Container.

This seems a bit out of place.

A Rare Corpus Storage Container in the Codex.

A Common Corpus Storage Container in the Codex.

An Uncommon Corpus Storage Container in the Codex.

An Abandoned Storage Container in the Codex.

Molted Cask on the Zariman 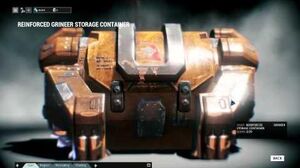 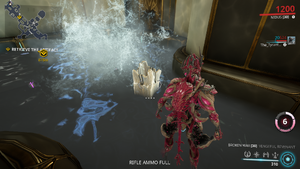