This is an espionage mission. Tenno must search through enemy ships and outposts to find Data Vaults containing crucial Intel.

The Data Vaults are guarded by a myriad of security measures, from laser traps to Sensor Drones. Tenno should attempt to extract the Intel without being detected. If the enemy detects any intrusion, Tenno will only have a short time to retrieve the Intel before it is destroyed.

Spy (version 2.0) is a mission type where players are tasked with extracting confidential data from enemy data servers.

The blueprints for the

Ivara Warframe and her component parts are potential rewards for spy missions on all planets, with different blueprints being rewarded at different level ranges.

Spy missions require players to locate consoles found in Data Vaults, which are special rooms featuring heavy security and advanced defense mechanisms guarding the console access terminals. Each mission will have three separate Data Vaults, of which all three must be breached and attempted before extraction becomes available. Players must breach the Data Vault rooms and then hack the access console in order to extract the data. If a Tenno trips over the Data Vault's security features, or an enemy activates the Data Vault's alarm, the Data Vault's defense mechanisms and enemy reinforcements become active, and a countdown timer will initiate indicating the time until the data is wiped off the server, giving players 20 to 50 seconds (depending on difficulty) in which to attempt to reach the console and hack it.

Similar to Rescue Prison Complexes, Data Vaults often feature alternate paths and tunnels that can be used to stealthily bypass the Data Vault's defenses, allowing for stealthy completion of a Data Vault. Some vault variants, especially those on Grineer Sealab and Grineer Forest tilesets will also have alternate methods of reaching the vaults by activating special map features such as high-pressure vents, or flooding.

End-of-mission rewards for Spy missions depends on the number of Data Vaults successfully hacked, with at least one vault hack needing to be successful in order to accomplish the mission.

Apart from enemies patrolling the rooms, the Corpus and Grineer have different emplaced defenses set up around their Data Vaults, with the defenses present depending on the variant of Data Vault. The defenses present will initiate each vault's alarm if tripped. Some security measures can be disabled if nearby panels are hacked or deactivated.

Some Data Vaults may also feature security doors and pit traps that will engage and close upon alarms being triggered, which can impede a player's movement through the vault.

Whether a player succeeds or fails in retrieving the data inside the Data Vault, the vault itself will become easier to exit from: Corpus Data Vaults will have their laser defenses and any pit traps deactivated, while Grineer and Orokin Data Vaults can open alternate passages that lead to the exit.

Each Vault hacked will reward one item, regardless if done stealthily or not. Vaults may also be hacked in any order, regardless of their designations or difficulty; reward rotations will be determined only by the number of Vaults successfully hacked in the mission thus far. Spy missions can reward the following items upon successful completion. 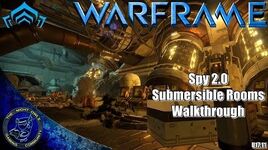 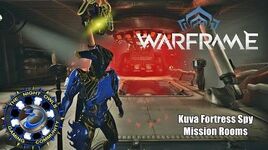