The Spira Prime is the Primed variant of the Spira throwing daggers, featuring a boost to its Fire Rate, Reload Speed and Status Effect chance in exchange for reduced damage and Critical chance. 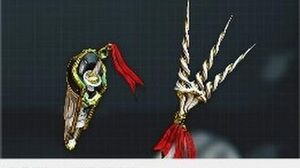