The Spectra Vandal is the Vandal variant of the

This weapon was awarded for earning 1,000 points in a single Endurance Disruption Mission in Operation: Hostile Mergers, complete with a free weapon slot and a pre-installed Orokin Catalyst.

This weapon's blueprint and components are now obtained from Veil Proxima Grineer-controlled territory Abandoned Derelicts in Empyrean missions. All parts can be traded between players. 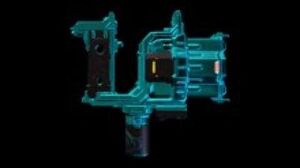 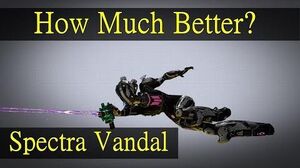 Spectra VS Spectra Vandal How Much Better Is It? (Side-Bye-Side)