“It is done. Specters of Liberty is no more.”
This event has concluded on all platforms.

For the gamemode introduced with this event, see Rescue 2.0.

This is Cantis of the Red Veil Resistance and I am asking for your help. You fight the Grineer and Corpus and so do we, that makes us allies. We aren't as strong as you and we don't have your weapons but we've pissed off those bastards just the same. Now they're coming after us, systematically capturing our comrades and holding them hostage – using our brothers and sisters as pawns against us. Tenno, will you help us bring them home?

If you do this, you must strike quickly and quietly. If you are seen, the enemy will execute our hostage before you can rescue them. Please, do not give them this chance.

We can't offer you much but we do have large cache of Specter Blueprints. Bring home our people and we will share these with you. Those who go above and beyond will receive a special token of our appreciation.

Scoring is based on your performance during the rescue operation; 1 point rescuing the hostage, 1 point for killing all the wardens present in the holding cells and 1 point for not setting off the kill switch (and therefore, not being spotted by any of the wardens, or killing the wardens before they set it off).

Rescue 2.0 Mission Rewards are a permanent addition to the game. The Red Veil will always reward you for rescuing their Operatives with Specter Blueprints – Blueprints for new, deployable AI Warframes that can be used in missions or in defense of your Clan's Solar Rails.

OPERATION REWARDS – distributed at end of operation. The Red Veil will also recognize you for how you bring home their Operatives. They want you to send a message to the enemy.

Recognition is awarded after you reach the following point levels:

Go forth, Tenno and help the Red Veil bring their people home! 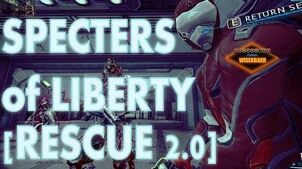 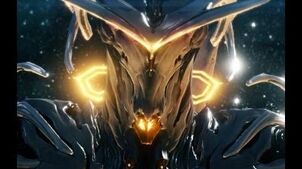 A look in Warframe Specter of Liberty 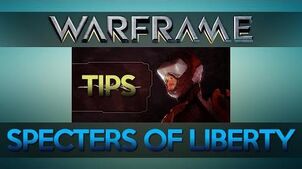 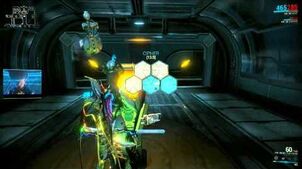