WARFRAME Wiki
Register
Don't have an account?
Sign In
Advertisement
in: Enemies, Enemies With No Drops, Updateme,
and 4 more
English

For the Specters in Junctions, see Specter (Enemy).

A replicant cloned from a Warframe that can be deployed to assist Tenno on missions.
—In-Game Description

Warframe Specters are AI-controlled replicants of Warframes. These Specters act autonomously from the player, and can provide support by engaging enemies with their weapons and Warframe powers. There are four ranks of Specter based on their acquisition difficulty, namely Vapor, Phase, Force, and Cosmic. Specters can be customized with any Warframes and weapons that the player owns, allowing for a wide range of versatility in Specter loadouts.

A Specter is crafted from the Foundry by copying the player's current loadout. However, this does not copy any installed mods or appearance. Instead, Specters utilize the Warframe and weapon's base unranked statistics then scale them according to the Specter's level. Additionally, the more rare the Specters the higher the damage dealt. All weapons and frames will have their default appearance.

Specters can be crafted in the Foundry (under Gear section) and once crafting is finished they must be equipped from Gear in Arsenal.

Before a Specter building begins, a Specter loadout screen appears where a player must first set the Warframe and loadout that the Specter will use. Specters of a particular Blueprint grade use a template loadout that is derived from a player's current Warframe and weapon loadout in their Arsenal. Players can choose to change a Specter's loadout by changing their own loadout, which the Specter will replicate upon creation.

Once a Specter has begun construction, the template loadout used is saved, and can be used for future Specters to be built, allowing Specters of a certain loadout to be built even if the player changes their own loadout. The template loadout can be changed upon creating another Specter of the same grade, or the player can choose to use their previously saved loadout. Note that the loadout it copies only reflects the base statistics (scaled by level) and not the mods, and the only way to change their loadout is to finish crafting and claiming a new set of specters from the foundry.

Up to four different loadouts can be saved, one for each Blueprint grade; Vapor, Phase, Force, and Cosmic, from lowest to highest grade.

The blueprints necessary to build Specters are automatically rewarded by Rescue missions upon completion, with the type of Blueprint dropped depending on the node that was played, and how many points were acquired. In total, three points can be attained in a mission: one point for rescuing the target, another point for not triggering the execution sequence in the process, and one more point for killing all the Wardens.

The Vapor Specter (or Bronze Specter) blueprint is rewarded from Easy and Medium difficulty Rescue missions, and yields 10 Specter uses per build. Spawns at the current level of the enemies in the mission.

The Phase Specter (or Silver Specter) blueprint is rewarded from Easy, Medium and Hard difficulty Rescue missions, and yields 5 Specter uses per build. Spawns at the current level of the enemies in the mission, plus three levels.

The Force Specter (or Gold Specter) blueprint is rewarded from Medium, Hard, and Nightmare difficulty Rescue missions, and yields 3 Specter uses per build. Spawns at the current level of the enemies in the mission, plus five levels.

The Cosmic Specter (or Platinum Specter) blueprint is rewarded from Hard and Nightmare difficulty Rescue missions, and yields a single Specter usage per build. Spawns at the current level of the enemies in the mission, plus ten levels.

“It's taking longer than I calculated.”
This page is actively being worked on and may not be completely correct. Please assist in making this page accurate.
Yareli as of Update 30.5 (2021-07-06) changes

Tenno Specters don't rely on Energy, instead of utilizing a short cooldown system for their abilities. As their health, armor, and shield scales with the mission level, their Effective Health will generally scale far past the player's Warframe. When spawned during a Nightmare Mode mission, specters will attack the player instead of enemies, forcing players to play without an AI partner.

Depending on the Warframe being used, each of these specters has its own specific AIs tailored to assist the player Tenno in their endeavor. Abilities used by Specters have different values from their regular versions.

The most important part about Tenno Specters' weapons is that they are not bound by normal ammo limitations. This allows them to use otherwise extremely ammo inefficient weapons and reduces the importance of melee. Reloading time shouldn't be taken into account as they have infinite magazine size.

Tenno Specters prefer to closely guard you or their assigned position, and rarely move out of close range to take on enemies itself, a specter never chooses to melee the enemies out of range of their melee weapon, even despite having better damage than its rifles, and capability of performing finishers (if they attempt to melee an eligible enemy). Thus you might prefer to give them long-range heavy hitters such as whips, polearms, and heavy blades. Or you can equip them with something with high block rate, since Specters love to channel-block with melee.

Specters will rarely ever use secondaries unless when they go into bleed-out. The

Kulstar can be good as a "flare" gun of sorts that can let you know if they are down, otherwise, it does not matter what secondary is equipped. Also note, Specters will only use the primary firing mode of an equipped weapon and not any alternate fire modes, such as that on a

Stahlta. If that weapon is highly dependent on its alternate fire mode to be most effective, it may be better to choose something else.

Since Specters will mostly use unmodded primaries, cannot compensate for lengthy travel time, and their DPS will be the weapon you equip, the most useful would be hit-scan, non-crit weapons with decent base damage output. You should avoid most projectile weapons and special weapons such as

Synoid Simulor (Specter AI does not understand them). Syndicate weapons will not proc their effects while used by Specters.

Range-limited weapons might be less effective since Specters do not account for that behavior and do not move around much by themselves. But

Phage, and shotguns seem to be exceptions and will produce a good "bodyguard" Specter for the cost of efficiency at long distances.

Weapons with innate elemental damage, high base status chance, or CC potential will make Specters useful past being just another source of damage. For example, a Specter equipped with an

Amprex will quite often trigger

Electricity procs, which helps with crowd control in close quarters. (

Proboscis Cernos is an useful option because of its crowd control abilities and high base damage. 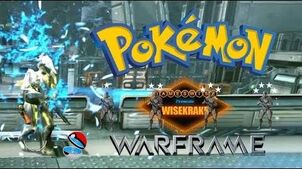 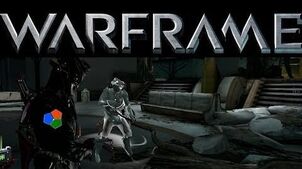 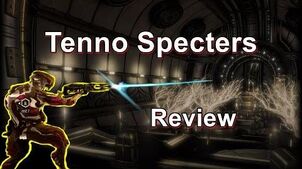