I am calling it the Specter Particle. As my Archimedians explain, mimicry is in its nature. An echo. Exposed to precept circuits, we are able to imprint behaviors! Like an infant mirroring her surrogate. Only this infant can set the world on fire.

A Specter is an AI-controlled ally unit that will fight alongside a player for the duration of a mission. They have their own set of weapons and/or abilities that they can use against enemies and are generally summoned via a consumable Gear item.

Warframe Specters can act as allies or enemies depending on the circumstances. As allies, Specters are AI-Controlled Warframe-replicants employing customizable load-outs (which are configured via the Foundry). They can be summoned via consumable Gear wheel items in all Missions except Archwing and Sanctuary Onslaught.  Enemy Specters are primarily encountered as guardians of the Origin System's Solar Rail Junctions, and must be defeated to unlock connections to new planets and destinations on the Star Chart. Specter-like enemy Warframes also serve as enemies during specific Quests.

Warframe Specters were also used to guard a Clan's Solar Rail during Solar Rail Conflicts, before this game mode was discontinued. Contesting Clans would have to face these Specter Regiments in order to seize control of territory. A Specter Regiment was to be created through researching it in the Clan Dojo's Orokin Lab. As mentioned, however, the entire Clan-conflict mechanic and the associated Regiments were eventually removed from the game.

The blueprints necessary to build Specters are automatically rewarded by Rescue missions upon completion, with the type of Blueprint dropped depending on the node that was played, and how many points were acquired. In total, three points can be attained in a mission: one point for rescuing the target, another point for not triggering the execution sequence in the process, and one more point for killing all the Wardens.

The Vapor Specter (or Bronze Specter) blueprint is rewarded from Easy and Medium difficulty Rescue missions, and yields 10 Specter uses per build. Spawns at the current level of the enemies in the mission.

The Phase Specter (or Silver Specter) blueprint is rewarded from Easy, Medium and Hard difficulty Rescue missions, and yields 5 Specter uses per build. Spawns at the current level of the enemies in the mission, plus three levels.

The Force Specter (or Gold Specter) blueprint is rewarded from Medium, Hard, and Nightmare difficulty Rescue missions, and yields 3 Specter uses per build. Spawns at the current level of the enemies in the mission, plus five levels.

The Cosmic Specter (or Platinum Specter) blueprint is rewarded from Hard and Nightmare difficulty Rescue missions, and yields a single Specter usage per build. Spawns at the current level of the enemies in the mission, plus ten levels.

2,500 for a bundle of five. Only one instance for each type of Specters can be summoned. Summoning another one while an identical Specter is active will kill the one already out.

Their blueprints can also be acquired from Syndicate death squads, with the type of blueprint awarded depending on their respective Syndicates.

The reward for the final mission of the A Man of Few Words quest is a Clem Clone Blueprint, which works in the same way as specters, deploying a clone of Clem to fight. The blueprint is a one-time use item and produces 5 clones, and like normal specters deploying one in a mission will use one of them up, regardless of whether it is alive at the end of the mission. Additional blueprints can be acquired by undertaking a weekly "merchandise acquisition" Survival mission for Darvo. This weekly mission can be started by talking to him in his shop and asking if Clem needs help.

Clem Clone Specters have similar AI to Tenno Specters and will act as bodyguards.

The Corrupted Bombard Specter Blueprint was introduced as a Baro Ki'Teer exclusive specter, available for 100 Ducats

50,000 between February 24 - 26, 2017 on PC. The blueprint is a one time use (providing 5x specters) and includes a Corrupted Bombard specter and an accompanying Orokin Drone. The drone does not and cannot obtain shields, and the limited 200 shield is gives to the specter will not recharge once depleted unless the Drone is killed and respawns, doing so in 30 seconds of being destroyed.

40,000 between May 4 - 6, 2018 on PC. The bundle provides 5x Corrupted Heavy Gunner specters and an accompanying Orokin Drone. The drone does not and cannot obtain shields, and the limited 200 shield is gives to the specter will not recharge once depleted unless the Drone is killed and respawns, doing so in 30 seconds of being destroyed.

The Baro Void-Signal mission will always reward one Desert Skate Specter, which deploys a Desert Skate to fight.

With Intrinsics Command Rank 9, a reusable On Call Crew Gear item can be used to deploy a selected Railjack Crewmember for 3 minutes, with a 10-minute cooldown between summons.

Metamorphosis creates a temporary specter of Equinox herself armed with whatever weapon or gear item (the specter will not use gear items of any kind) she is currently using. The specter will take the form of Equinox's opposite half (i.e. swapping to her Night Form results in a Day Form specter and vice versa), will not use abilities, and her Warframe and equipment stats will take into account of any mods installed, while also dealing increased damage (not modifiable). The specter will only last for a set duration (modifiable via Ability Duration) and will instantly die if it walks in range of a Nullifier Crewman's bubble or a Nul Comba's/Scrambus' aura.

Duality's Specter has similar AI to Tenno Specters and will act as a bodyguard.

Celestial Twin creates a permanent specter of Wukong himself armed with whatever weapons in his arsenal. The twin will cycle his weapons in response to Wukong's equipped weapons (i.e. swapping to primary or secondary results in the twin using melee and vise versa), is affected by

Cloud Walker's invulnerability and health restore per meter traveled, and will mimic

Primal Fury, and his Warframe and equipment stats will take into account of any mods installed. The twin takes continuous health damage if it walks in range of a Nullifier Crewman's bubble or a Nul Comba's/Scrambus' aura, although nothing will happen to it if Wukong himself is affected by a Nullifier bubble.

Celestial Twin's Specter has similar AI to Tenno Specters and will act as a bodyguard.

Excalibur Umbra exhibits sentience when not piloted by the Operator, functioning as a specter and will fight on his own with whatever weapons in his arsenal. Sentient Umbra can use abilities (with the exception of

Exalted Blade), and will arm himself with a melee weapon (if he has one equipped) whenever an enemy comes within close proximity, and his Warframe and equipment stats will take into account of any mods installed. Note that he will only use the Primary fire mode of any equipped weapon and not any available Alternate Fire modes, and will not consume ammo for the weapon.

Sentient Umbra can be harmed and takes full damage from any source, and once his health is depleted, he will stop moving and attacking until the Operator pilots him again. However, Sentient Umbra cannot die and will not use up a revive.

Sentient Umbra has similar AI to Tenno Specters and will act as a bodyguard.

The Synoid Heliocor spawns one specter of an enemy killed by a heavy attack. only one specter can be spawned at a time.

The Ballistica Prime spawns a specter-like ghost of any enemy killed by a charged shot.

Tenno Specters don't rely on Energy, instead of utilizing a short cooldown system for their abilities. As their health, armor, and shield scales with the mission level, their Effective Health will generally scale far past the player's Warframe. When spawned during a Nightmare Mode mission, specters will attack the player instead of enemies, forcing players to play without an AI partner.

Depending on the Warframe being used, each of these specters has its own specific AIs tailored to assist the player Tenno in their endeavor. Abilities used by Specters have different values from their regular versions.

Some doors ought to remain closed? That's not in my world view. Fire. Fusion. Void. Progress always comes entangled with risk, with violence. With the precious sample obtained, development is accelerating. The Entrati have kept their secrets long enough.

I am calling it the Specter Particle. As my Archimedians explain, mimicry is in its nature. An echo. Exposed to precept circuits, we are able to imprint behaviors! Like an infant mirroring her surrogate. Only this infant can set the world on fire.

The palace birds think they can control us. They hit our research site with a Warframe assault team. Of course they did. I baited them to do it. The whole site lite up. Eighty mega-therm bloom. The whole lab, vaporized, those Warframes with it. Fire. Fusion. Void.

Specters were developed by Corpus Founder Parvos Granum, spearheaded by his research in Specter Particle Theory. The

Xoris plays an important role in the creation of specters, being able to trap energy in the form of Specter Particles. This energy is speculated to be used in infusing 'programmed behavior' into bodies such as Warframes. 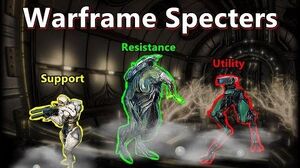 Discussing Specters And Their Role In Warframe 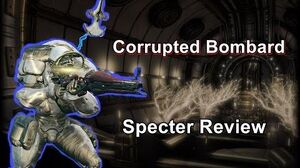 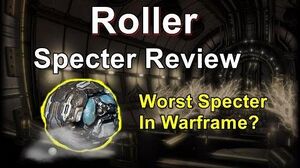 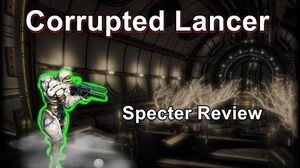 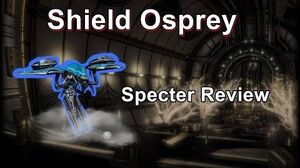 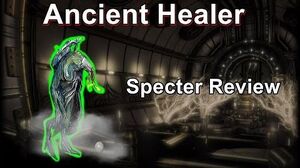 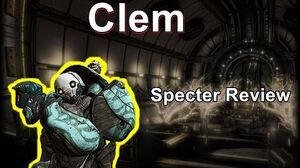 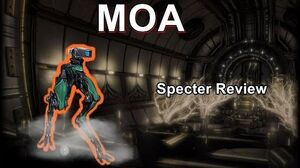