The Somachord is a circular counter inside the Personal Quarters which can be used to play music inside the Orbiter, functioning as a jukebox.

To unlock sounds for the Somachord, players must find Somachord Tones which are fragments of soundtracks scattered throughout the Origin System, scannable with Codex Scanners or Synthesis Scanners. Tones are placed randomly in the tileset in each mission and can only be scanned once per mission. They are identified as purple bars arranged in an arc, reminiscent of the Mandachord's note table, and have a unique pink icon on the mini-map if equipped with a Loot Radar mod. Each soundtrack requires scanning 4 tones to unlock, and the player must complete the mission for the scan to be saved.

Quest soundtracks (The Sacrifice and Call of the Tempestarii) instead spawn tones throughout their mission and require fewer tones to scan. However, they must be scanned in order of appearance or subsequent tones will not appear; these quests are repeatable in the event the player misses a tone. 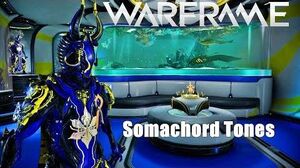 Warframe What are Somachord Tones & How to Spot Them 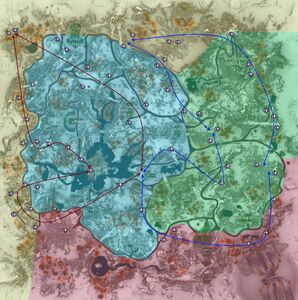