Outworlders, we must rebuild Solaris United. We must, once more, fight for our freedom. Will you help us?

Solaris United ARG is an Alternate Reality Game (ARG) that took place from October 22, 2018 to November 8, 2018. It was used as a buildup to the release of Update 24.0 and to introduce the story behind Fortuna and the Solaris people, along with prominent characters such as The Business who directed the whole game.

The end of the game coincided with the release of Update 24.0 on PC.

For a timeline of the events, click the #solarisunited tab. Rewards and character backgrounds are in the #cache and #intel tabs respectively. These tabs represent the text channels that The Business used during the ARG.

The Business used Discord as a primary means of communication, giving out pieces of lore and instructions needed to progress the ARG in a channel named "Solaris United". The official Warframe Twitter and Youtube accounts also participated in the ARG, giving out hints also. Over the course of 17 days, Tenno participated in solving puzzles to unlock lore and in-game rewards through redeemable codes. Players can give answers or interact with The Business by tagging the official Warframe Twitter account with the hashtag #LiftTogether. Tweets with the correct answers will be linked to the #open-comms text channel in Discord for everyone to see.

Initially, only a small number of people could gain access to the server through time-limited Discord invite links, but as the ARG progressed, a permanent link was generated for everyone who wanted to join: https://discord.gg/lifttogether.

First reports are in. More than 7,000,000 Taxmen have been eliminated on V Prime so far.
The assault is off to a good start, but we need more help.
Let’s make this a day the Corpus will never forget.

At one point in the ARG, players were instructed to go to V Prime, Venus and exterminate as many Corpus as they can to continue on to the next part of the ARG.

An agent has intel for us. He’s an Outworlder, like you.
He’ll be waiting for you somewhere in the Origin System.
Instructions are enclosed in this document. You’ll have to decipher the password: TQIRFYJ
Stay sharp.

A player named "[FRIENDOFSOLARIS]", wielding a

Mag Warframe, would appear on Cetus to rally support for Solaris United. In addition, if you perform a 'secret handshake' (wearing a Solaris United sigil while performing the deep bow emote two times), they will give out hints to the ARG in chat before jumping to a different instance of Cetus.

These cannot be claimed as the codes for these expired. 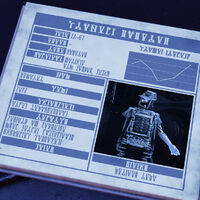 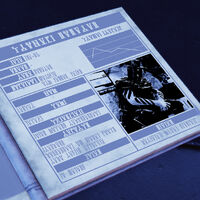 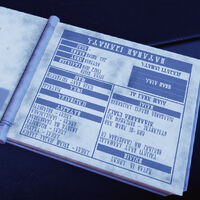 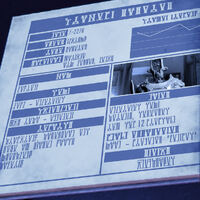 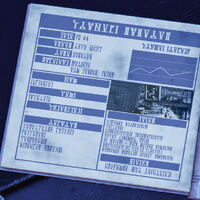 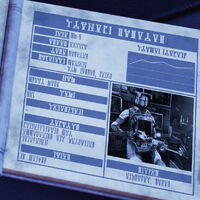 Retrieved from "https://warframe.fandom.com/wiki/Solaris_United_ARG/Main?oldid=2062628"
Community content is available under CC-BY-SA unless otherwise noted.