Lanka sniper rifles and wear bright yellow suits. They are stronger and less common than normal crewmen and usually accompany a group of normal Crewmen into battle, providing ranged fire support. As of Update 20.0 (2017-03-24), Sniper Crewmen gained the ability to deploy Ratel to attack players.

Ratels are small drones spawned by Sniper Crewmen from electrical spawn pads. They're small yellow quadrupeds with dark grey blades for feet, capped off by a bright yellow edge. They attack by chasing the player and firing a small electrical beam and will pursue if the player leaves their attack range. 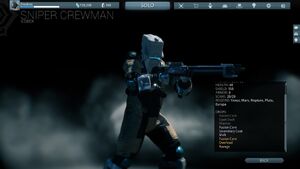 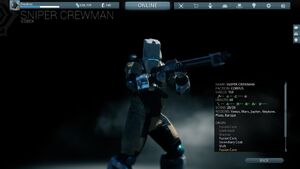 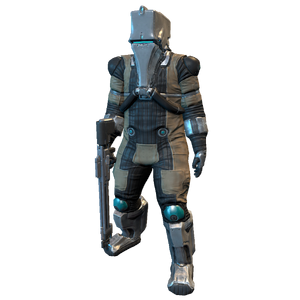 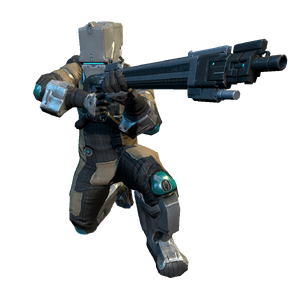 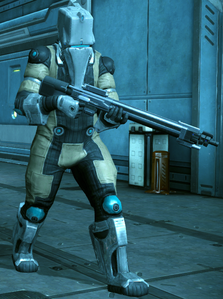 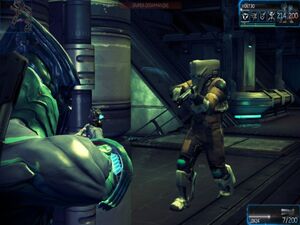 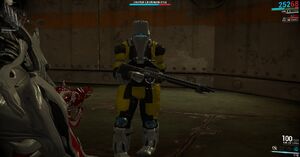 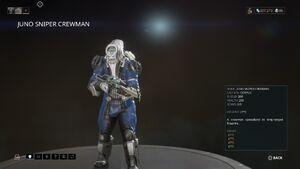 Juno Sniper Crewman as seen on the Codex 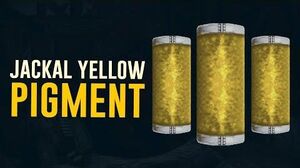