Any planet controlled by Sister

Based on controlled planet

000000175
JavaScript not loaded. Please refresh your browser using Ctrl+F5 on PC or Shift+R on Mac.

My brother was a witless man. Happy as a hog, face-down in the trough. No thought of the farmer's axe. He was a brute above my asperous constitution. Yet he had not the will or the guile to let me guide that brawn. So... in my youth, I often imagined I had another sibling. A specter of sorts... A sister. And in my mind, she and I - oh how we would conspire... great schemes, risk-trades, rapacious plots. And should I ever find myself... back at the trough. Penniless. Betrayed. Rich, only in enemies... She'd be at my side, axe in hand.

The Sisters of Parvos are Corpus super soldiers that work under Parvos Granum. Sought out as Candidates by Vala Glarios, the Sisters seek to fulfill Parvos's desire in having a reliable sibling, and are armed with advanced Tenet weaponry and Hound companions.

Acting as a nemesis to the individual Tenno whose actions in battle have caused them to rise, Sisters establish a foothold in the Star Chart. From there, they hinder the progress of the Tenno, seizing a large portion of credits gained from missions. Their powers, bestowed upon them by Parvos' technology, grant them invincibility in battle that can only be broken by the Tenno who they are bound to - by discovering a sequence of enigmatic phrases inscribed on Requiem Mods, which the Tenno must unearth and apply to their Parazon in corresponding order, thus being able to purify and permanently break the Sister's security encryption. Every Sister has a unique name and various properties.

After the completion of The War Within and Call of the Tempestarii quests, the player may encounter a Candidate after completing the Granum Void in any Corpus Ship tileset while qualifying for Rank 1 rewards of Nightmare Difficulty (using a Zenith Granum Crown). This can be done before or after completing the mission's main objective.

By choosing to kill the Sister Candidate with a Parazon Mercy kill, the player causes a Sister to rise in the Origin System, thus becoming the Progenitor of that Sister, and the Warframe used for this is recognized as the Progenitor Warframe. In a squad, only the last player who damaged the Candidate may perform the Mercy kill. If no one takes the mercy action, the Candidate will despawn after 30 seconds. This does not interrupt the normal course of the mission. Upon return to the Orbiter, regardless of whether the mission was completed or aborted, the player will receive communications from the newly created Sister. The Sister's profile can be accessed from either the Orbiter's Navigation console, or on the Main Menu, through a banner on the lower right corner of the screen.

When the player is within Mercy distance, the downed Candidate will display an icon and name of the Tenet Weapon the created Sister will wield. The displayed weapon is always random, meaning players can run a mission multiple times before Mercy killing her with their weapon of choice.

Sisters can have one of four personalities.[1] Since Sisters are always female, the personality chosen will be random and not split between sexes like Kuva Liches. These personalities can be described as "Business", "Nervous", "Domineering", and "Folksy."

AN IMMORTAL FOE
You can only defeat this Adversary by equipping your Parazon with a sequence of Requiem Mods that are unique to [ADVERSARY NAME].
REQUIEMS
Requiem Mods can be acquired from Requiem Relics, found in Kuva Siphons and Kuva Floods.
MURMURS
Collect Murmurs by defeating [ADVERSARY NAME]'s Thralls (Grineer) or Hounds (Corpus) to learn the Known Requiems.
THE SECRET
Equip the Known Requiems on your Parazon and battle [ADVERSARY NAME] to determine the correct sequence.
TAXES
In regions containing your

A Sister increasingly establishes influence across a set of nodes in the system by commanding Mechanized Hounds, which will appear during missions. The Sister will gain influence each time she ranks up, and a node will lose its influence after the player defeats the Sister Controlled Territory mission there. Clearing influence from nodes on the Star Chart will cause the Sister to take control of new planets.

Influence serves to diminish the player's rewards for completing missions in the affected nodes as a part of the reward will be claimed by the Sister through a Reward Tax in form of Credits. As the number of nodes under influence increases, the Reward Tax will also increase (roughly 0.7% per node). Credits that the player has lost through Reward Tax will only be reclaimed after they have defeated the Sister.

A rage meter can be seen in the Sister Profile page, representing the likelihood that the Sister will appear in the player's missions. The 'angrier' the Sister, the more likely the player will encounter her. Only killing mechanized hounds in nodes occupied by the player's Sister will further anger the Sister and increase the meter. Occupied node mission completion and killing mechanized hounds in different Sister nodes (via taxi) will not increase the Sister's anger, although the latter will still progress the murmur.
There are five levels of anger: Indifferent → Annoyed → Fuming → Furious → Enraged. The meter will reset every time the Sister levels up. Note that a failed assassination attempt on a level 5 Sister will not result in her rage meter decreasing due to them not leveling up past level 5, therefore maintaining your chance of encountering her in future nodes.

Newly created Sisters start at Level 1, indicated above her name in her profile page. As the player progressively fills the Sister's rage meter they will eventually encounter the Sister in combat during a mission. If the player fails a Mercy attack at any point during the fight, the Sister will be staggered, swearing vengeance towards the player. After doing so, the Sister will despawn, though not before increasing in level by one. As a Sister increases in level, so too does the level of missions under her influence. A Sister can reach a maximum level of 5. Sisters may gain additional resistances and immunities upon leveling up.

Once you’ve performed the correct sequence of Requiem Mods on your Sister, she will flee to a final, guaranteed showdown in her Capital Ship within Railjack in the Neptune Proxima (minimum Pilot Intrinsic 5)! Take her on when you’re ready. Other Tenno looking to fight their own Sister of Parvos will matchmake to the same node, where you can work side-by-side to take down your unique foes one-by-one!

Sisters, being Corpus-based, also have a shield-based defense with a VERY strong natural regeneration rate after a short delay. If you don't keep damaging them they can end up regenerating a sizeable portion of their health quite quickly. 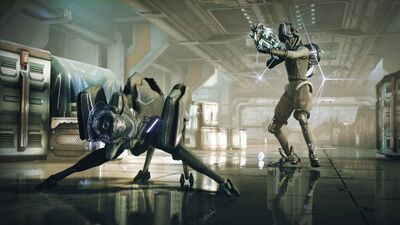 A Sister does not maintain her territory on her own. Aside from enlisting the aid of Corpus troops and proxies, she also has Hounds that assist her conquest. In addition to having Robotic, Alloy Armor, and Proto Shield health types, they receive 25% less damage and have unique attacks depending on their modular parts.

All hounds have a 5% chance of dropping a Requiem Relic.[2][3] Each Requiem Relic has an equal chance to be dropped.

Unlike Kuva Thralls that convert normal enemies into upgraded units, Hounds are a new type of enemy that spawn in Sister controlled mission node. A Hound appearing in a mission will be accompanied by a musical sting and a waypoint marker. The Hounds are aggressive and will often seek out the player regardless of alert status. One Hound will always appear at the start of a mission, with additional Hounds appearing as the player kills enemies. If a Sister appears to challenge the player, they will also be accompanied by a Hound, regardless of the mission's existing or defeated Hounds.

Sisters may rarely spawn with a quirk that provides unique voice-lines and behavior when encountered.

A Sister will spawn with a randomly-generated title that appears beneath their name in their profile. These follow a naming scheme of the following format:

Examples of such titles are:

Requiem Mods are a special subset of Parazon Mods, each one an enigmatic phrase fragment of a complete Requiem Sequence, thus the only way to permanently sever a Kuva Lich or Corpus Sister's Continuity.

They do not possess any polarity, have a drain of 0, and hold up to 3 charges per Mod for a Mod of rank 0, the number of charges is indicated by the number of bright red dots above the word "PARAZON" on the Mod's icon. Each time a Mod is successfully used in a Requiem sequence to lethally defeat a Kuva Lich or Corpus Sister (in other words, a successful vanquish or convert), the Mods will increase in rank by 1 and be drained of one of their charges (thus losing one of the red dots on their icon), becoming powerless at rank 3 - i.e. once all 3 charges are used up, the mod is Defiled, and in this state it can only be broken down into Endo, sold for Credits, or transmuted. 4 Requiem Mods (including rank 3 Defiled ones) can be transmuted into a single new, random, rank 0 (fully charged) Requiem Mod.

These mods are tradable between players at any rank (even at rank 3 Defiled) with a trade tax of 2,500 Credits

2,500. The rank of the Mod can be determined by both the number of the lit red dots on mod's icon (with rank 0 having all 3 dots and rank 3 having none), and also will be shown in text on the trading confirmation dialog - just as it would be for any non-Requiem Mod. 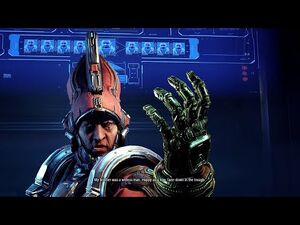 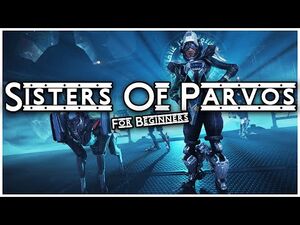 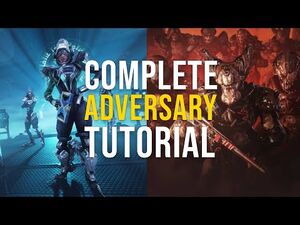