“It's taking longer than I calculated.”
This page is actively being worked on and may not be completely correct. Please assist in making this page accurate.
Update 27.4 (2020-05-01) buffs and changes

CODEX
Creates miniature gravitational singularities that can be used for scientific study or self-defense.

The Simulor is a Cephalon weapon that launches orbs of gravitational force. These orbs can be manipulated to produce either explosions or implosions, where stacking multiple orbs creates a vortex. Orbs can be manually detonated with Alternative Fire.

The Simulor's blueprint can be purchased from Cephalon Simaris for 75,000 Standing 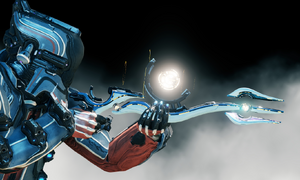 As seen in Tenno Reinforcements. 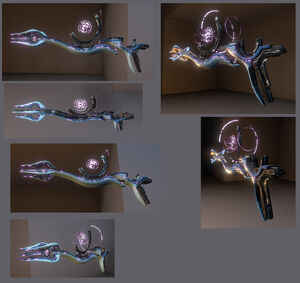 As originally showcased in Devstream 54 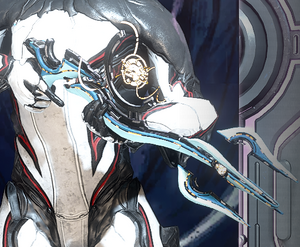 Simulor as it appears in the arsenal 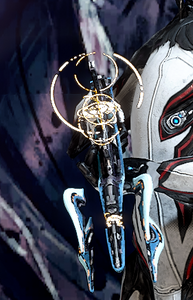 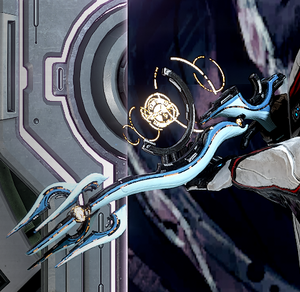 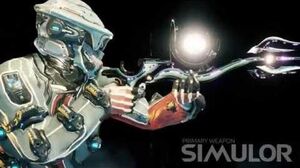