Viper pistols in the other. They slowly press forward while firing over their shields. Nearby Grineer will often use them as mobile cover to variable effectiveness. Shield Lancers will also use their shields as battering rams to knock players off their feet, often doing so when a player comes too close. Shield Lancers often will not charge players while providing cover for allies, but will charge when the units behind them die, or move away.

A dive kick (jump+crouch) will knock Shield Lancers to the ground. Accurate players can damage Shield Lancers through the opening near the top of their shields, or by shooting their legs below the shield.

Radial Disarm is capable of removing the shield from its wielder.

Pull used to be capable of the same until the Update 8.3 (2013-07-04), where it was changed to an AoE ability; it will now simply pull the Lancer towards Mag while knocking him down.

Their shields can be pierced by using a punch through mod, such as

Seeking Force. A Rank 0 mod with +0.2 Punch through is more than sufficient to achieve this. 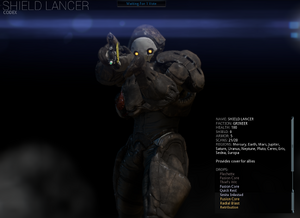 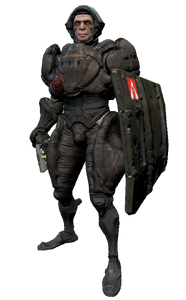 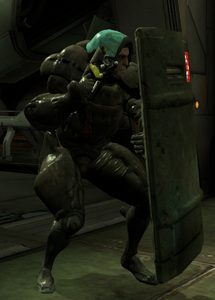 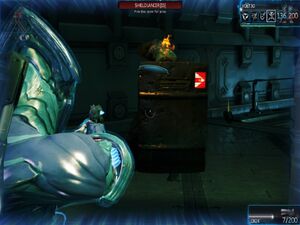 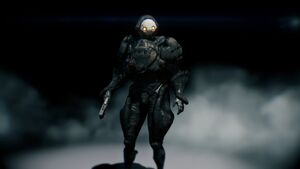 A Shield Lancer, as seen in the Codex.
Deutsch Español Français Русский
Community content is available under CC-BY-SA unless otherwise noted.
Advertisement