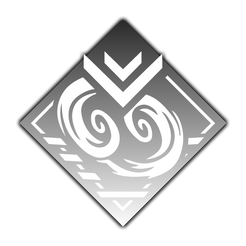 Enemies:
Elite Exo Flak 1.85%
Exo Flak 1.11%
Shatter Burst is a battle Avionic that can be equipped in the second Avionic Grid slot. It launches a rocket that functions similar to Elytron's Thumper in that it creates a spherical area of effect that continuously releases explosions that damage enemies. This rocket will detonate on impact with a surface or manually by pressing the ability button again.

Retrieved from "https://warframe.fandom.com/wiki/Shatter_Burst?oldid=2112550"
Community content is available under CC-BY-SA unless otherwise noted.